Week 29 Reviews:
Mark of the Demon
One Was Lost
Kindling the Moon
Broken Soul
Not All Is As It Seems
Dark Heir
Cat Fight
Bound No More
Shadow Rites
Your Next Breath
The Naked Eye
All Chained Up
Hell Breaks Loose
Cast in Flight
Shadow Play
Hide Away
Night and Day

OK, so I got 27 posts in 7 days, and yeah, it was a pretty decent week! What about you guys? Happy reading!

So this week I want to read The Graces, Replica, Saving Red, Spare and Found Parts, and The Stranger Game. 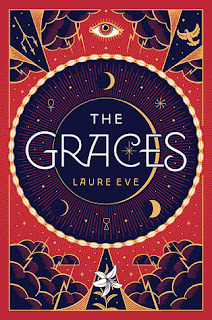 In The Graces, the first rule of witchcraft states that if you want something badly enough, you can get it . . . no matter who has to pay.

Everyone loves the Graces. Fenrin, Thalia, and Summer Grace are captivating, wealthy, and glamorous. They’ve managed to cast a spell over not just their high school but also their entire town—and they’re rumored to have powerful connections all over the world. If you’re not in love with one of them, you want to be them. Especially River: the loner, new girl at school. She’s different from her peers, who both revere and fear the Grace family. She wants to be a Grace more than anything. And what the Graces don’t know is that River’s presence in town is no accident.

This fabulously addictive fantasy combines sophisticated and haunting prose with a gut-punching twist that readers will be dying to discuss. Perfect for fans of We Were Liars as well as nostalgic classics like Buffy the Vampire Slayer and the 1996 movie The Craft, The Graces marks the beginning of a new wave of teen witches. 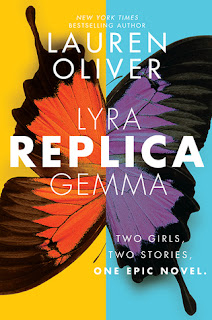 From Lauren Oliver, New York Times bestselling author of Before I Fall and the Delirium trilogy, comes an epic, masterful novel that explores issues of individuality, identity, and humanity. Replica contains two narratives in one: Lyra’s story and Gemma’s story. The stories can be read separately, one after the other, or in alternating chapters. The two distinct parts of this astonishing novel combine to produce an unforgettable journey.

Lyra’s story begins in the Haven Institute, a building tucked away on a private island off the coast of Florida that from a distance looks serene and even beautiful. But up close the locked doors, military guards, and biohazard suits tell a different story. In truth, Haven is a clandestine research facility where thousands of replicas, or human models, are born, raised, and observed. When a surprise attack is launched on Haven, two of its young experimental subjects—Lyra, or 24, and the boy known only as 72—manage to escape.

Gemma has been in and out of hospitals for as long as she can remember. A lonely teen, her life is circumscribed by home, school, and her best friend, April. But after she is nearly abducted by a stranger claiming to know her, Gemma starts to investigate her family’s past and discovers her father’s mysterious connection to the secretive Haven research facility. Hungry for answers, she travels to Florida, only to stumble upon two replicas and a completely new set of questions.

While the stories of Lyra and Gemma mirror each other, each contains breathtaking revelations critically important to the other story. Replica is an ambitious, thought-provoking masterwork. 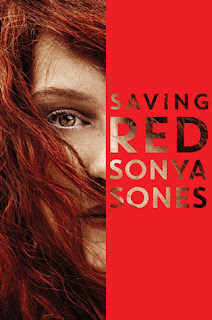 Right before winter break, fourteen-year-old Molly Rosenberg reluctantly volunteers to participate in Santa Monica’s annual homeless count, just to get her school’s community service requirement out of the way. But when she ends up meeting Red, a spirited homeless girl only a few years older than she is, Molly makes it her mission to reunite her with her family in time for Christmas. This turns out to be extremely difficult—because Red refuses to talk about her past. There are things Molly won’t talk about either. Like the awful thing that happened last winter. She may never be ready to talk about that. Not to Red, or to Cristo, the soulful boy she meets while riding the Ferris wheel one afternoon.

When Molly realizes that the friends who Red keeps mentioning are nothing more than voices inside Red’s head, she becomes even more concerned about her well-being. How will Molly keep her safe until she can figure out a way to get Red home? In Sonya Sones’ latest novel, two girls, with much more in common than they realize, give each other a new perspective on the meaning of family, friendship, and forgiveness. 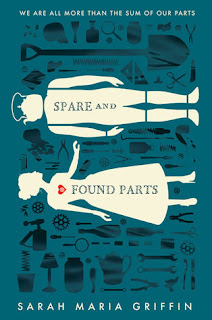 In a city devastated by an epidemic, where survivors are all missing parts—an arm, a leg, an eye—Nell has always been an outsider. Her father is the famed scientist who created the biomechanical limbs that everyone now uses. But she’s the only one with her machinery on the inside: her heart. Since the childhood operation, she has ticked. Like a clock, like a bomb. And as her community rebuilds, everyone is expected to contribute to the society’s good . . . but how can Nell live up to her father’s revolutionary ideas when she has none of her own?

Then she finds a lost mannequin’s hand while salvaging on the beach, and inspiration strikes. Can Nell build her own companion in a world that fears advanced technology? The deeper she sinks into this plan, the more she learns about her city—and her father, who is hiding secret experiments of his own. 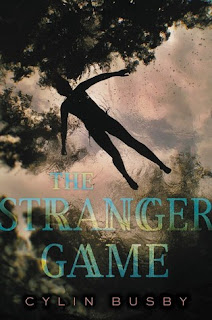 The Stranger Game is a dark, suspenseful, and twisty novel that is Gone Girl for teens. Perfect for fans of Lauren Oliver and E. Lockhart.

When Nico Morris’s older sister mysteriously disappears, her parents, family, and friends are devastated. But Nico can never admit what she herself feels: relief at finally being free of Sarah’s daily cruelties.

Then the best and worst thing happens: four years later, after dozens of false leads, Sarah is found.

But this girl is much changed from the one Nico knew. She’s thin and drawn, when Sarah had been golden and athletic; timid and unsure, instead of brash and competitive; and strangest of all, sweet and kind, when she had once been mean and abusive. Sarah’s retrograde amnesia has caused her to forget almost everything about her life, from small things like the plots of her favorite books and her tennis game to the more critical—where she’s been the last four years and what happened at the park on the fateful day she vanished. Despite the happy ending, the dark details of that day continue to haunt Nico, and it becomes clear that more than one person knows the true story of what happened to Sarah. . .
Posted by Louisa @ Words I Write Crazy at 6:00 AM