Week 40 Reviews: One Lucky Vampire, Vampire Most Wanted, The Immortal Who Loved Me 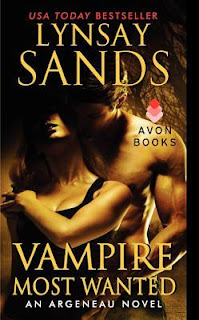 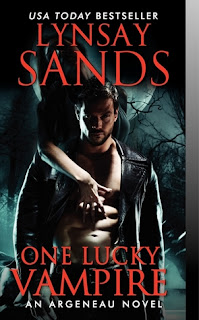 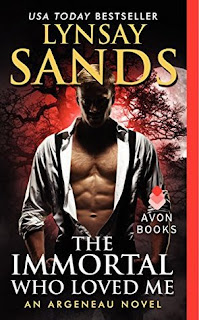 From Goodreads:
Luck be a vampire tonight . . .

When Nicole Phillips agreed to hire a housekeeper, she pictured someone a little frumpy and almost certainly female. Instead, she gets gorgeous, unmistakably male Jake Colson. The man is proving indispensable in the kitchen—and everywhere else. Except Jake might not be a mortal man at all.

Who wouldn't want to be a tall, dark, powerful vampire? Jake, for one. He's barely had time to adjust to his new state before he's roped into a family favor. Still, secretly playing bodyguard to sweet, sexy Nicole is turning out to be the wildest ride of his life. First he'll put a stop to whoever's targeting her. Then he'll prove that this kind of love, and luck, happens only once in an eternity.

From Goodreads:
For Basha Argeneau, anything is better than facing her estranged family. Even hiding out in sweltering southern California. But when a sexy immortal in black shows up determined to bring her back to the clan, she'll do anything to keep far, far away from the past she can't outrun.

Marcus Notte isn't here to play games—especially not with someone as crazy as the infamous blonde. Asked by Lucian Argeneau to bring her back for questioning, Marcus is determined to carry out Lucian's request—no matter how the seductive little mind-reading vamp feels about it.


Basha doesn't mind fighting fire with fire, especially with a hot immortal involved. But if he wants to take her away, he'll have to catch her first . . .

From Goodreads:
A few hours ago, Sherry Carne would have sworn that vampires didn't exist. That's before rogue immortals rampage through her store, leaving bloody chaos (literally) in their wake. The kicker comes when Sherry learns that one of the vamps on the bad guys' trail may be her life mate. Her head says it's impossible. The rest of her takes one look at Basileios Argeneau and has much more interesting ideas.


Whatever Basil expected in a life mate, funny, outspoken Sherry isn't it. But mind-blowing chemistry and instinct don't lie. They tell him something else, too—that Sherry's connection to the immortal world goes deeper than she knows. And that she's in the kind of danger only Basil can save her from—if she'll just trust him, now and forever . . .

My Review:
Yeah, some more fantastic books in this series! I enjoyed reading about these couples, and the things that they went through-it was just so fantastic to read! And I've almost caught up to what's been currently published, yeah!

One Lucky Vampire was something of a stand alone mystery, it wasn't connected to anything. But Most Wanted, and Immortal both were part of the Leo mystery, though Immortal had a secondary one. And I enjoyed the developments in all of these books in regards to the mystery!

A point was brought up, that the nanos can learn, and that's why they gave the immortal survivors of Atlantis the fangs and such. And it was kinda funny, that it's something that's been a part of the series from the beginning, just accepted, not explored! I would love to see more there!

Of course the romances were steamy and there were so many quips, and Lucien was a behind the scenes threat-but a funny one. And once again I'm hit with how big the Argeneau family is, because 2/3 of these books star a Argeneau as a half of a relationship. And we haven't met all of them, they haven't all be named. Yeah, there's a whole ton load, and lots of potential stories to come! And I can't wait to read them!

These books were fantastic, and I can't wait to read more, I just love this series!

The Immortal Who Loved Me: