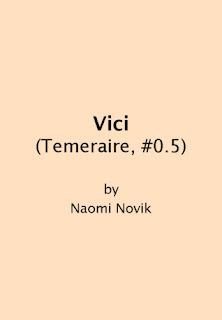 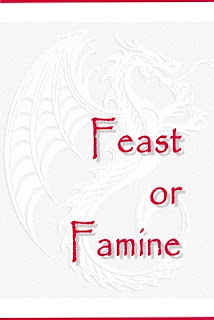 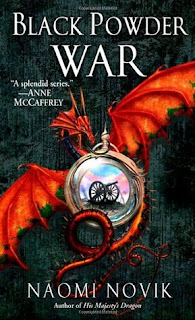 From Goodreads:
Also published in The Dragon Book: Magical Tales from the Masters of Modern Fantasy edited by Jack Dann.

"Well, Antonius," the magistrate said, "you are without question a licentious and disreputable young man. You have disgraced a noble patrician name and sullied your character in the lowest of pursuits, and we have received testimony that you are not only a drunkard and a gambler—but an outright murderer as well."


With an opening like that, the old vulture was sending him to the block for sure. Antony shrugged, philosophically; he'd known it was unlikely his family could have scraped together enough of a bribe to get him let go. Claudius's family was a damn sight richer than his; and in any case he could hardly imagine his stepfather going to the trouble.

From Goodreads:
Breakfast in Dover, with complications.


Set between the events of His Majesty's Dragon and Throne of Jade.

From Goodreads:
After their fateful adventure in China, Captain Will Laurence of His Majesty's Aerial Corps and his extraordinary dragon, Temeraire, are waylaid by a mysterious envoy bearing urgent new orders from Britain. Three valuable dragon eggs have been purchased from the Ottoman Empire, and Laurence and Temeraire must detour to Istanbul to escort the precious cargo back to England. Time is of the essence if the eggs are to be borne home before hatching. Yet disaster threatens the mission at every turn thanks to the diabolical machinations of the Chinese dragon Lien, who blames Temeraire for her master's death and vows to ally herself with Napoleon and take vengeance.

My Review:
I loved reading these stories! This series has just kept getting better and better, and I love being with these characters! The idea of dragons is just amazing! There were some unpleasant updates, like the gold for the Ottoman dragons somehow ended up in the Ottoman empire but they said that the deal wasn't totally certain. Or how Lien joined forces with Napoleon so that Temeraire experienced her pain in losing her companion in the previous book.

The two short stories were really great to read! Vici, of the first dragon that had a human companion that we know of, the one that started the trend that became what it is today in the full length books! And Feast or Famine, is of Temeraire wanting food and figuring out how to get it, and it was so hilarious!

Honestly, Black Powder War was hard to read! There were a lot of costs, from the one boy and the egg, to the Prussians being pretty thoroughly defeated against the French, and that the English dragons didn't come so Temeaire, Lawrence and the gang couldn't go anywhere. It wasn't the fun of the first book or the adventure of the second, it was real and there were a lot of losses!

There were some positive developments. Like his first mate bonding with the one dragon that hatched along the way, so he got a big promotion. That they had the savage dragons come help and so they could rescue the soldiers at the city where they'd been trapped! That was great!

I just can't say enough of how much I enjoyed reading these, and I can't wait to read more!