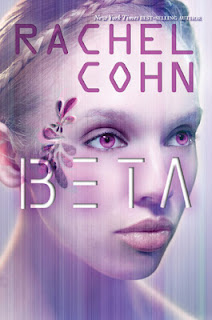 From Goodreads:
Elysia is created in a laboratory, born as a sixteen-year-old girl, an empty vessel with no life experience to draw from. She is a Beta, an experimental model of a teenage clone. She was replicated from another teenage girl, who had to die in order for Elysia to exist.

Elysia's purpose is to serve the inhabitants of Demesne, an island paradise for the wealthiest people on earth. Everything about Demesne is bioengineered for perfection. Even the air induces a strange, euphoric high, which only the island's workers-soulless clones like Elysia-are immune to.

At first, Elysia's life is idyllic and pampered. But she soon sees that Demesne's human residents, who should want for nothing, yearn. But for what, exactly? She also comes to realize that beneath the island's flawless exterior, there is an under­current of discontent among Demesne's worker clones. She knows she is soulless and cannot feel and should not care-so why are overpowering sensations cloud­ing Elysia's mind?

If anyone discovers that Elysia isn't the unfeeling clone she must pretend to be, she will suffer a fate too terrible to imagine. When her one chance at happi­ness is ripped away with breathtaking cruelty, emotions she's always had but never understood are unleashed. As rage, terror, and desire threaten to overwhelm her, Elysia must find the will to survive.

My Review:
I enjoyed this book so much! It was just so great and entertaining. And original. And original is a word like unique. And if you've read just a portion of my reviews, I think you'll know how much I love unique!

So Elysia's situation is pretty blood boiling! So unfair, and inhumane, that she's a clone with no rights. To be bought and sold. And then the family that bought her, making her a member and expecting her to be grateful for it.

So the one thing I didn't like, was the romance. She was developing something with the one guy, a fellow clone but who isn't known as one, even go as far as to develop an escape plan. But then he's taken away, and she falls in love with another guy. Who turns out to be the love of the girl she's a clone of. Who's alive, which Elysia finds out when she and the guy escape. So that's a pretty big ending!

Yeah, this was a pretty great book, and I just enjoyed it so much!