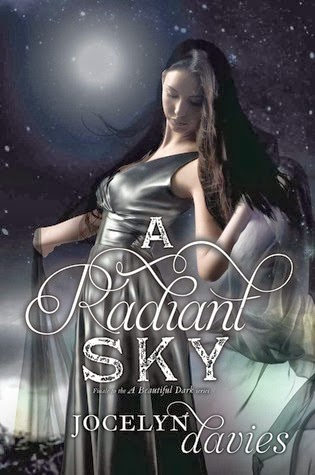 From Goodreads:
Since the night of her seventeenth birthday, Skye has been torn between two opposites: Light and Dark, the Order and the Rebellion, Devin and Asher.

But her decision shocked both sides—because she chose neither.

With the help of her friends, Skye forges her own path, setting out to gather an uprising of Rogues. The treacherous and elusive half-angels may be the key to maintaining the balance of fate and free will. But completing the mission her parents left unfinished is more difficult—and dangerous—than she could have imagined. And doing so comes at a cost: Her greatest love may now be a lethal enemy. Because it’s not just the Order that sees her as a threat who must be eliminated. The Rebellion does, too.

And both sides will do whatever it takes to win.

Dark days lie ahead, and if Skye is to survive, she’ll need to rely on her extraordinary powers and the strength of her will. Because she has a future—and a love—that’s worth fighting for.

The sweeping, darkly romantic story that began with A Beautiful Dark and gathered intensity in A Fractured Light comes to a thrilling conclusion in A Radiant Sky.

My Review:
Oh, this was such a great ending to such a wonderful series! Because Skye made her choice at the end of the last book-because Devin came with her, and Asher didn't. Which is something of a heart-breaker, and then on top of that, well, the synopsis says it all.

I loved how it started right after where A Fractured Light ended, because that was a significant choice that Skye made, that has been something that they have wanted-but neither group, the Order, the Rebellion-wanted what she chose. Even if what she chose was the right thing!

I kinda really hated Asher for a while in this book, because he was so stuck in being in the Rebellion, that he couldn't see the merits of her choice, because there has to be a balance between fate and free will, or yeah, it'll be one side taking over the other, and and we need both.

The ending! I know a few people didn't like it, thinking it was a bit, like the movie Breaking Dawn Part 2's, minus the fake out, but the feelings that the fake out induced, but I liked it, even if there were a few deaths. It was appropriate to the series!

Loved, loved, loved this series, and this book wrapped it up very nicely! I'll have to reread it sometime next year!