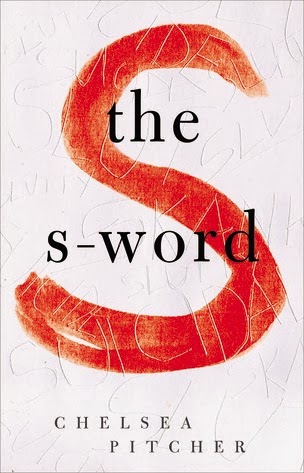 From Goodreads:
First it was SLUT scribbled all over Lizzie Hart's locker.

Lizzie’s reputation is destroyed when she's caught in bed with her best friend's boyfriend on prom night. With the whole school turned against her, and Angie not speaking to her, Lizzie takes her own life. But someone isn't letting her go quietly. As graffiti and photocopies of Lizzie's diary plaster the school, Angie begins a relentless investigation into who, exactly, made Lizzie feel she didn't deserve to keep living. And while she claims she simply wants to punish Lizzie's tormentors, Angie's own anguish over abandoning her best friend will drive her deep into the dark, twisted side of Verity High—and she might not be able to pull herself back out.

My Review:
This was a both awesome, and really sad novel. Because people tormented Lizzie after prom night (not that they tormented the boyfriend, sexist pigs!), it drove her to suicide. And then the notes and the diary pages start showing up, and Angie starts to investigate.

What she finds out is pretty shocking. Like, for example, that her boyfriend actually raped Lizzie. Or less shocking, a girl changed out the dress that Lizzie was going to wear for the play that she was in. The one that basically got her the role.

Angie does start a bit of a romance, but it was more someone to help her investigate into this, as things start to escalate, and yeah, it was pretty dark, but the boy helped Angie by being more level headed, by being there, and ultimately, he's the one that helped the most.

Because the person who wrote "suicide slut" on Lizzie's locker? Who found and spread pages of Lizzie's diary around? No other then Angie herself. Which was really quite something. And then her final plan was to punish everyone who had a hand in making life hell for Lizzie, including herself. And he stopped her from doing most of her plots.

All in all, a really heart-breaking, but thrilling mystery, and I really enjoyed it!