Week 1 Reviews: Reckoning, Halfway to the Grave, Happily Never After, One Foot on the Grave 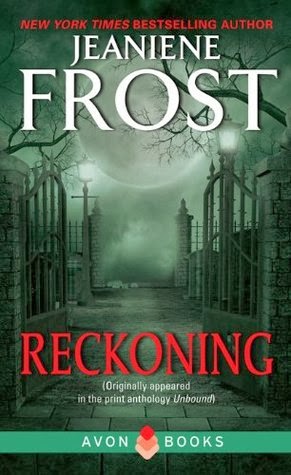 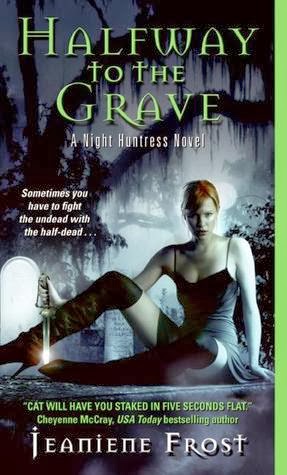 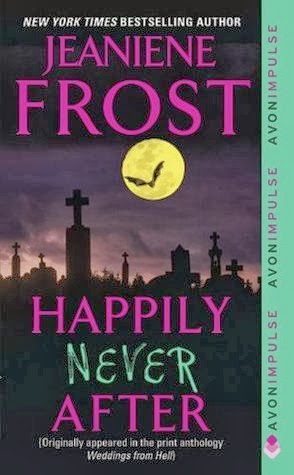 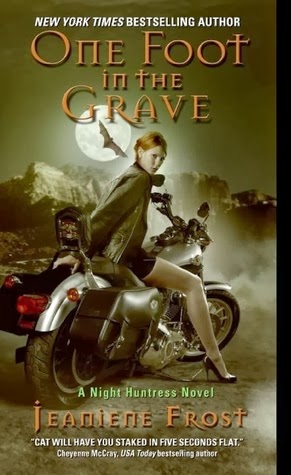 From Goodreads:
In New Orleans, a pair of undead serial killers is about to turn Mardi Gras into a horror show - unless the immortal hitman Bones can hunt them down first. From Jeaniene Frost comes a thrilling novella featuring characters from her New York Times bestselling Night Huntress series. Originally appeared in the anthology Unbound.

From Goodreads:
Flirting with the Grave...

Half-vampire Catherine Crawfield is going after the undead with a vengeance, hoping that one of these deadbeats is her father - the one responsible for ruining her mother's life. Then she's captured by Bones, a vampire bounty hunter, and is forced into an unholy partnership.


In exchange for finding her father, Cat agrees to train with the sexy night stalker until her battle reflexes are as sharp as his fangs. She's amazed she doesn't end up as his dinner - are there actually good vampires? Pretty soon Bones will have her convinced that being half-dead doesn't have to be all bad. But before she can enjoy her newfound status as kick-ass demon hunter, Cat and Bones are pursued by a group of killers. Now Cat will have to choose a side . . . and Bones is turning out to be as tempting as any man with a heartbeat.

From Goodreads:
Isabella Spaga is about to reluctantly walk down the aisle with Mr. Dangerously Wrong…but not if dashing vampire Chance has anything to say about it. As a favor to Bones, Chance has come to derail this wedding of beauty to the beast. Now if only he can keep his hands off the bride.

From Goodreads:
You can run from the grave, but you can’t hide…

Half-vampire Cat Crawfield is now Special Agent Cat Crawfield, working for the government to rid the world of the rogue undead. She's still using everything Bones, her sexy and dangerous ex, taught her, but when Cat is targeted for assassination, the only man who can help her is the vampire she left behind.


Being around Bones awakens all her emotions, from the adrenaline rush of slaying vamps side by side to the reckless passion that consumed them. But a price on her head—wanted: dead or half-alive—means her survival depends on teaming up with Bones. And no matter how hard Cat tries to keep things professional between them, she’ll find that desire lasts forever…and Bones won’t let her get away again.

My first review of Halfway to the Grave, One Foot of the Grave
My Review:
Oh, god, I loved rereading these books! Seeing Bones before he met Cat, and Cat as she met, trained, and fell in love with Bones. Just so freaking awesome! And then there's a short story I hadn't read before, but was really nice and cool, with a kinda glimpse of Bones's life before Cat, again, and then the book with the scene that started the whole series!

I loved seeing the reason why Bones was banished from New Orleans for 5 years, which for a being who could potentially live forever, is a negligible time span. Though he thought he was working for Marie, he wasn't, and so she had to keep up the fact that she's Queen of New Orleans.

I loved diving back into this world, getting to know Cat all over again, knowing that some of her attitudes over the books (and years for her) have changed, but then coming back to this, the beginning, that was just a wonderful thing!

Then the story I hadn't read before, really added to the experience, and how he green-eyed those workers to think that they'd killed him, and then they saw him again, that was pretty great, I really enjoyed that, it was just too funny!

And the book with the start it all scene, where they met up after these years, and their argument and stuff! Loved it! And how people were trying to kill her (her father) and the girl that was sitting with him at the wedding, I just wanted Cat to do something, like kiss Bones or something!

Loved rereading these books and reading Happily Never After, they were just so freaking good!

Halfway to the Grave:

One Foot on the Grave: