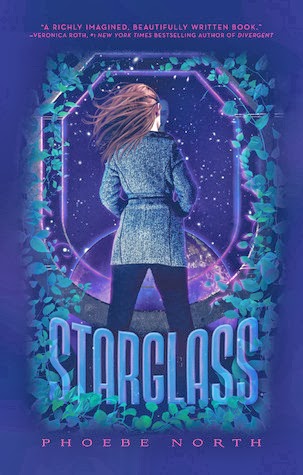 From Goodreads:
Terra has never known anything but life aboard the Asherah, a city-within-a-spaceship that left Earth five hundred years ago in search of refuge. At sixteen, working a job that doesn't interest her, and living with a grieving father who only notices her when he's yelling, Terra is sure that there has to be more to life than what she's got.

But when she inadvertently witnesses the captain's guard murdering an innocent man, Terra is suddenly thrust into the dark world beneath her ship's idyllic surface. As she's drawn into a secret rebellion determined to restore power to the people, Terra discovers that her choices may determine life or death for the people she cares most about. With mere months to go before landing on the long-promised planet, Terra has to make the decision of a lifetime--one that will determine the fate of her people.

My Review:
I loved this book! Such an awesome book! I absolutely loved reading about Terra, the world aboard the Asherah, and yeah, it reminded me of Glow, which was one of my most favourite of books, and that was a good sign to come of this book!

While this didn't get to quite the level of Glow, it did become a favourite book, because yeah, it was just freaking good! I loved how Terra had to deal with what she she witnessed, and yeah, this world definitely was flawed, had it a lot of things wrong with it, and yeah, that's why there's a rebellion for Terra to maybe join!

The ending! It worked well with the rest of the book, it kinda broke my heart, but there's going to be a sequel to fix it, and I really can't wait for that, new places to see, potential new characters to meet, and yeah, just that awesomeness to happen soon!

I really enjoyed this book, and I really can't wait to read Starbreak!