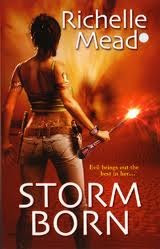 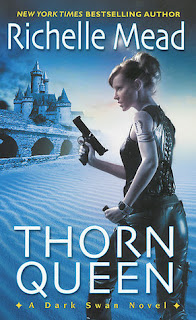 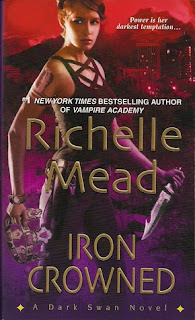 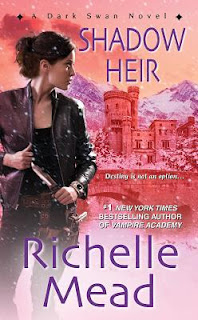 Eugenie Markham is a powerful shaman who does a brisk trade banishing spirits and fey who cross into the mortal world. Mercenary, yes, but a girl's got to eat. Her most recent case, however, is enough to ruin her appetite. Hired to find a teenager who has been taken to the Otherworld, Eugenie comes face to face with a startling prophecy—one that uncovers dark secrets about her past and claims that Eugenie's first-born will threaten the future of the world as she knows it.

Now Eugenie is a hot target for every ambitious demon and Otherworldy ne'er-do-well, and the ones who don't want to knock her up want her dead. Eugenie handles a Glock as smoothly as she wields a wand, but she needs some formidable allies for a job like this. She finds them in Dorian, a seductive fairy king with a taste for bondage, and Kiyo, a gorgeous shape-shifter who redefines animal attraction. But with enemies growing bolder and time running out, Eugenie realizes that the greatest danger is yet to come, and it lies in the dark powers that are stirring to life within her...

From Goodreads:
Eugenie Markham is a shaman for hire, paid to bind and banish creatures from the Otherworld. But after her last battle, she's also become queen of the Thorn Land. It's hardly an envious life, not with her kingdom in tatters, her love life in chaos, and Eugenie eager to avoid the prophecy about her firstborn destroying mankind. And now young girls are disappearing from the Otherworld, and no one--except Eugenie--seems willing to find out why.
Eugenie has spilled plenty of fey blood in her time, but this enemy is shrewd, subtle, and nursing a very personal grudge. And the men in her life aren't making things any easier. Her boyfriend Kiyo is preoccupied with his pregnant ex, and sexy fey king Dorian always poses a dangerous distraction. With or without their help, Eugenie must venture deep into the Otherworld and trust in an unpredictable power she can barely control. Reluctant queen or not, Eugenie has sworn to do her duty--even if it means facing the darkest--and deadliest--side of her nature. . .

From Goodreads:
Shaman-for-hire Eugenie Markham is the best at banishing entities trespassing in the mortal realm. But as the Thorn Land's queen, she's fast running out of ways to end the brutal war devastating her kingdom. Her only hope: the Iron Crown, a legendary object even the most powerful gentry fear...

Who Eugenie can trust is the hardest part. Fairy king Dorian has his own agenda for aiding her search. And Kiyo, her shape-shifter ex-boyfriend, has every reason to betray her along the way. To control the Crown's ever-consuming powers, Eugenie will have to confront an unimaginable temptation - one that will put her soul and the fate of two worlds in mortal peril...

From Goodreads:
Shaman-for-hire Eugenie Markham strives to keep the mortal realm safe from trespassing entities. But as the Thorn Land's prophecy-haunted queen, there's no refuge for her and her soon-to-be-born-children when a mysterious blight begins to devastate the Otherworld. . .

The spell-driven source of the blight isn't the only challenge to Eugenie's instincts. Fairy king Dorian is sacrificing everything to help, but Eugenie can't trust the synergy drawing them back together. The uneasy truce between her and her shape shifter ex-lover Kiyo is endangered by secrets he can't—or won't—reveal. And as a formidable force rises to also threaten the human world, Eugenie must use her own cursed fate as a weapon—and risk the ultimate sacrifice. . .

My Review:
I love reading Richelle Mead books! They're just so excellent and good! And it was really great to read all of them together, though I'm really getting that 5th book set way after these, because where these were left, leaves all that open! I hope we get that!

So Eugenie goes on a pretty big journey. From being a shaman, to being a ruler of not one, but two, faery realms, well, yeah, that's a pretty big change. And it causes her a lot of hardships, but then there's also humour. Like in Iron Crowned's beginning, with the guy saying she was dead, when she was standing in the entryway, was hilarious!

I just really want a 5th book. Because while the prophecy may or may not have come true in her half-nephew, well, her kids are still in danger. And so her choice to keep them hidden is hard, but the right one. But I want to see how things are going to play out once they're older! I want to have that 5th book!

Really enjoyed this series, it was really fantastic, and I want more!