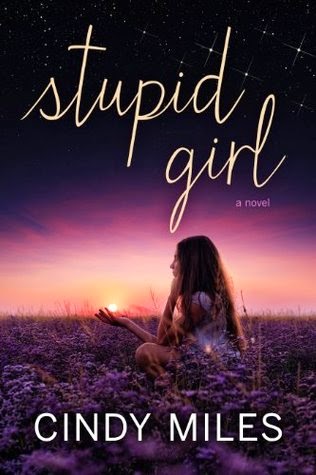 From Goodreads:
Only fools fall in love...

After her senior year of high school leaves behind nothing but heartache, Olivia Beaumont is sure of this: She's no stupid girl. She sets out for Winston University, promising herself that she will remain focused on her first and only love – astronomy. But all it takes is cocky sophomore Brax Jenkins and an accidental collision with a football, to throw her entire year off course.

A quick-tempered Southie who escaped the inner city streets of Boston to pitch for Winston, Brax is known to play way more fields than just the baseball diamond. So, when his name is drawn to take part in his fraternity's hazing dare, Brax eagerly accepts the mission to take Olivia's virginity. But he doesn't plan on falling hard for the sweet and sassy Texas girl who sees right through his bad-boy persona.

As Olivia and Brax battle their feelings for each other, echoes of the past year begin to surface. A boy who once turned Olivia's whole world upside down reappears, and "harmless" pranks wreak havoc. Pretty soon the aspiring astronomer is on the verge of revealing her most difficult, heartbreaking secret. All the while, Brax must wrestle with the irrevocable dare, and Olivia struggles against all logic as she does the one thing only a stupid girl would do: fall in love.

My Review:
This was a really fantastic book! I only read it, because earlier this week, I was participating in the review tour of the sequel. So of course I had to read this book. And I'm so thankful I did, it was really great! Though when I was going to add a review to NetGalley, I noticed that I'd been approved for it, so it's also a NetGalley book!

For me, this book reminded me a bit of Wait for Me by Jennifer L. Arementrout, because the both have heroines who've been through a traumatizing sexual experience, that they get away from in college. And Brax was like a bad boy version of Cam, it was awesome!

I really enjoyed them as a couple, they worked pretty well together, with sarcasm flying, and their inertial meeting was just hilarious! Though the reason for the follow up interactions, well, not so great, and caused a lot of conflict!

Because it was a virginity dare, and with her past, well, that was a really bad situation, really for all involves. Though I wouldn't have minded for some really serious, hard-core begging from him after that, since he went along with the dare, though he did fall in love with her. So yeah, the ending as it did was just really great!

Favourite lines: "My clothes just went out of style. Are you in the bathroom or something?" She hasn't responded for your text that long, Brax!

This was a really great book, and I'm so glad that I read it!

Author: Cindy Miles
Series: Stupid in Love #1
Read: February 24th, 2015
Source: Tuebl/NetGalley
Reason Why: I'm part of the review tour for Stupid Boy, the 2nd book, so I had to read it!
Publisher: TKA Distribution
Published: May 14th 2014