Week 51 Reviews:
How to Win at High School
Little Peach
Revenge and the Wild
Falling into Place
The Secrets of Lily Graves
Fragile Line
Every Last Word
Life by Committee
Lifeblood
Phantom Kiss
Things I Should Have Known
Under Attack
Under Suspicion
Under the Gun
Darkness Dawns
Night Reigns
Phantom Shadows
Predatory
Born in Blood
Blood Assassin 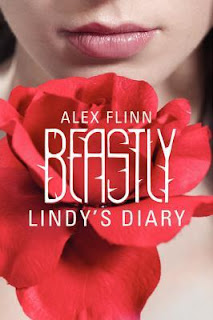 See the #1 New York Times bestselling story Beastly through Lindy's eyes! This is her diary, kept while living in captivity with the beast. Lindy's Diary captures all the romance and edgy mystery of the original!

I am locked away . . . with no one to confide in but you . . . and him. His fur, those claws—they caught me off guard at first, but now I'm noticing something else about him—something deeper. It's the look in his eye. It tells me he's got a secret to keep. That's okay—I've got one, too. I think I'm falling in love with him. . . . 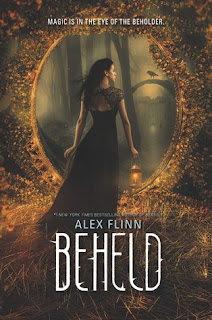 #1 New York Times bestselling YA author Alex Flinn is back with magical twists on four fairy-tale favorites, each featuring a little help from Kendra, the witch from Beastly, as she searches through cities and centuries for her lost love.

Being a powerful witch, Kendra has survived it all. Since she first beheld James over three hundred years ago, Kendra has tangled with witch hunters and wolves, helped a miller's daughter spin straw into gold, cowered in London as German bombs fell, and lived through who knows how many shipwrecks. But her powers have limits, and immortality can be lonely. Kendra isn't ready to stop searching for the warlock she had met centuries ago.

With the help of her magic mirror, Kendra will travel the world to reconnect with her lost love—and, of course, she can't help but play a hand in a few more stories along the way.

Featuring retellings of favorite fairy tales such as Little Red Riding Hood, Rumpelstiltskin, East of the Sun and West of the Moon, and The Ugly Duckling, Alex Flinn's latest young adult novel, Beheld, is fresh fairy-tale fun from beginning to end. 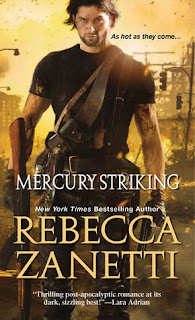 With nothing but rumors to lead her, Lynne Harmony has trekked across a nightmare landscape to find one man—a mysterious, damaged legend who protects the weak and leads the strong. He's more than muscle and firepower—and in post-plague L.A., he's her only hope. As the one woman who could cure the disease, Lynne is the single most volatile—and vulnerable—creature in this new and ruthless world. But face to face with Jax Mercury…

Danger has never looked quite so delicious… 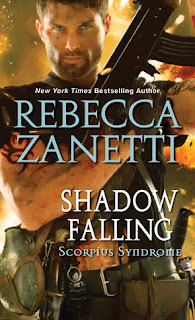 Before the Scorpius Syndrome tore through North America and nearly wiped out the population, Vivienne Wellington was the FBI's best profiler. The bacteria got her anyway. But she survived. She recovered. And when she woke up from a drug-nightmare of captivity, her skills as a hunter of men had gone from merely brilliant to full-on uncanny.

Her mysterious rescuer wants her to put them to the test. But no matter how tempting he is, with his angel's eyes and devil's tongue, Vinnie knows she shouldn’t trust him.

If the FBI were still around they would rate Raze Shadow as one of the bad guys. His military training can't wipe out his association with the Mercenaries, the most feared gang in a thousand miles. His loyalties are compromised. He won't even tell Vinnie his real name. But there's no FBI in the new America of fear and firepower, only instinct and risk. And the way his arms wrap around Vinnie tells its own story. Whatever else Raze is concealing, he can't hide his desire . . . 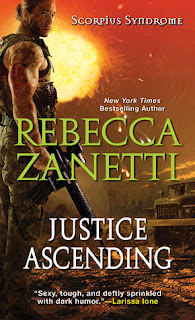 Before surviving the Scorpius bacterium, Tace Justice was a good ole Texas cowboy who served his country and loved his mama. After Scorpius, the world became dark, dangerous, and deadly... and so did he. The Vanguard medic is stronger, faster, and smarter than before, but he's lost the line between right and wrong. His passion is absolute, and when he focuses it on one woman, there's no turning back for either of them.

Sami Steel has been fighting to survive right alongside Tace, convincing the Vanguard soldiers she's one of them. In truth, Sami is a former hacker turned government agent who worked at The Bunker, where scientists stored both contaminants and cures. Only she knows the location, and she's not telling. Yet when sexual fire explodes between her and Tace, she'll face even that hell again to save him. 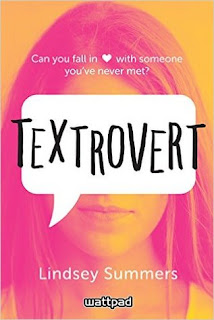 It's bad enough when high-school senior Keeley grabs the wrong phone while leaving her small town's end-of-summer fair. It’s even worse when she discovers that the phone she now has belongs to the obnoxious, self-centered Talon and that he's just left for football camp … with her phone. Reluctantly, the two agree to forward messages for a week. And as Keeley gets to know Talon, she starts to like him. Keeley learns there's more to Talon than the egocentric jock most people see. There's more to Keeley, too. Texting Talon, she can step out of the shadow of her popular twin brother. Texting Talon, she can be the person she's always wanted to be.

Sparks fly when the two finally meet to exchange their phones. But while Keeley has been playing a part online, Talon has been keeping a secret. He has a different connection to Keeley — one that has nothing to do with phones, and one that will make their new relationship all but impossible. Knowing what she now knows, can Keeley trust him? And can love in the present erase mistakes of the past?
Posted by Louisa @ Words I Write Crazy at 6:00 AM