Week 13 Reviews:
With Malice
How to Disappear
Autofocus
The Third Twin
The Lie Tree
No One Else Can Have You
Nothing Bad is Going to Happen
Sweet Filthy Boy
Dirty Rowdy Thing
Conjured
No Intention of Dying
Burning Kingdoms
The Heir Apparent
Broken Crowns
In the End
Ask Me How I Got Here
My Life and Other Black Holes
Hunt
Lion's Share
After Impact
Angels' Dance
Angels' Judgement
Angels' Pawn
Angels' Blood
The Unseen

So this week I want to read Out of My Mind, Please Don't Tell, The Season of You & Me, and Unrivaled. 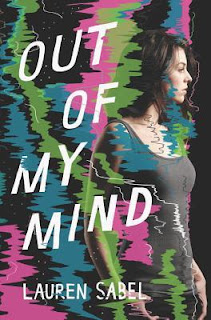 Callie Sinclair is literally out of her mind.

As the government’s youngest psychic spy, Callie finds valuable information for top-secret missions without ever leaving the office. Her work is fascinating and keeps her headaches at bay, but it means she must lie to everyone she loves. She can’t move to New York with her boyfriend Charlie no matter how much he begs; he’ll never know the real Callie and that wouldn’t be fair to him. Besides, she has a job to do… and a new partner to do it with.

Jasper’s psychic abilities are impressive, as is the way he keeps up with her witty remarks. Callie can’t help but flirt; Jasper knows her in a way Charlie never will. But as her love life gets more complicated, so do her visions. People halfway around the world seem to be in danger…and people in her own backyard, too. When an oddball billionaire takes interest in Callie’s talents, it’s clear that if she can’t find a way to alter future events, she could lose the people she loves—and her mind. Literally. 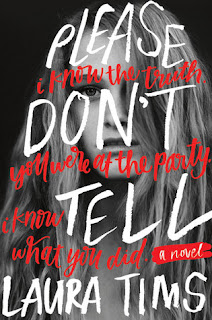 Joy killed Adam Gordon—at least, that’s what she thinks. The night of the party is hazy at best. But she knows what Adam did to her twin sister, Grace, and she knows he had to pay for it.

What Joy doesn’t expect is that someone else saw what happened. And one night a note is shoved through her open window, threatening Joy that all will be revealed. Now the anonymous blackmailer starts using Joy to expose the secrets of their placid hometown. And as the demands escalate, Joy must somehow uncover the blackmailer’s identity before Joy is forced to make a terrible choice.

In this darkly compelling narrative, debut author Laura Tims explores the complicated relationship between two sisters, and what one will do for the other. It’s a story that will keep readers turning pages and questioning their own sense of right and wrong. 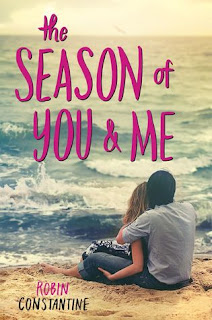 From Robin Constantine, author of The Promise of Amazing and The Secrets of Attraction, comes a funny and heartfelt summer romance set in New Jersey. Perfect for fans of Sarah Mlynowski, Jenny Han, and Morgan Matson.

Cassidy Emmerich is reeling from a sudden, humiliating breakup. The last thing she wants to do is stick around and be reminded of her ex everywhere she goes. On impulse, she decides to spend the summer with her father and his family at their Jersey Shore bed-and-breakfast. A different scene and a new job working as a camp counselor seem like the perfect recipe for forgetting Gavin as quickly as possible—not to mention for avoiding him until he leaves for college.

Bryan Lakewood is sick of nevers. You’ll never walk. You’ll never surf. You’ll never slow dance with a girl and have her put her head on your shoulder. Last year he made one false move—now he’s paralyzed and needs to use a wheelchair. But this summer, he’s back at his camp job and is determined to reclaim his independence—and his confidence.

Cass is expecting two months of healing her broken heart.

Bryan is expecting a summer of tough adjustments.

Neither is expecting to fall in love. 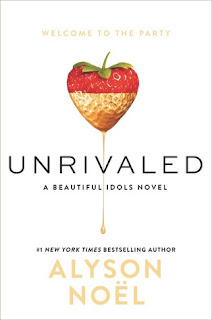 Everyone wants to be someone.

Layla Harrison wants to leave her beach-bum days for digs behind a reporter’s desk. Aster Amirpour wants to scream at the next casting director who tells her “we need ethnic but not your kind of ethnic.” Tommy Phillips dreams of buying a twelve-string guitar and using it to shred his way back into his famous absentee dad’s life.

But Madison Brooks took destiny and made it her bitch a long time ago.

She’s Hollywood’s hottest starlet, and the things she did to become the name on everyone’s lips are merely a stain on the pavement, ground beneath her Louboutin heel.

That is, until Layla, Aster, and Tommy find themselves with a VIP invite to the glamorous and gritty world of Los Angeles’s nightlife and lured into a high-stakes competition where Madison Brooks is the target. Just as their hopes begin to gleam like stars through the California smog, Madison Brooks goes missing. . . . And all of their hopes are blacked out in the haze of their lies.
Posted by Louisa @ Words I Write Crazy at 6:00 AM