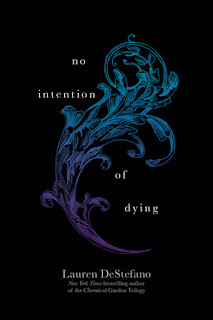 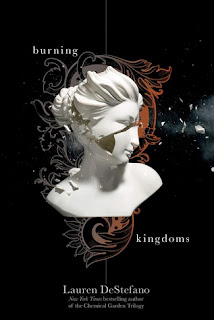 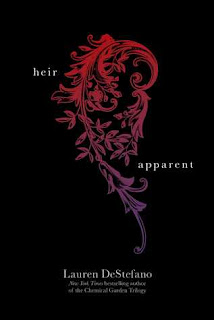 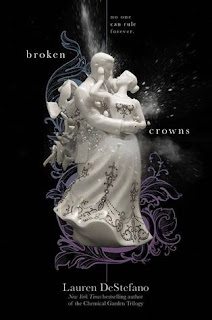 From Goodreads:
Before Morgan, there was Daphne, the girl who asked too many questions and changed everything...

In this look back at Daphne, before her subversive paper led to her murder by order of the king, Daphne witnesses her seven-year-old sister Amy having a seizure-like event, a result of injuries sustained when she wandered too close to the Edge. Government doctors insist these seizures are punishment for Amy's bad behavior, but Daphne disagrees. Obsessed with finding out what lured her sister out there to the Edge to begin with, Daphne leads Judas, her betrothed, a young man with his own secrets, on an expedition near the Edge to reconstruct her sister's fateful event. But how close is too close?

From Goodreads:
Danger descends in the second book of The Internment Chronicles, from the New York Times bestselling author of The Chemical Garden trilogy.

After escaping Internment, Morgan and her fellow fugitives land on the ground to finally learn about the world beneath their floating island home.

The ground is a strange place where water falls from the sky as snow, and people watch moving pictures and visit speakeasies. A place where families can have as many children as they want, their dead are buried in vast gardens of bodies, and Internment is the feature of an amusement park.

It is also a land at war.

Everyone who fled Internment had their own reasons to escape their corrupt haven, but now they're caught under the watchful eye of another king who wants to dominate his world. They may have made it to the ground, but have they dragged Internment with them?

From Goodreads:
Rise back up to the floating city of Internment in this original enovella, a dark look at life in the royal family after the events of Perfect Ruin.


When King Furlow begins to treat Prince Azure as the heir apparent that he is, he takes him to see the "re-education camps" for wrong-thinkers. But as he enters the camps, Azure discovers the dark underbelly of the kingdom—and the king himself. His view of his father can never be the same, but what about his view of himself?

From Goodreads:
War rages everywhere and Morgan is caught in the middle in the haunting conclusion of The Internment Chronicles, from the New York Times bestselling author of The Chemical Garden trilogy.

The city is falling out of the sky…

Morgan always thought it was just a saying. A metaphor. The words of the dying. But as they look up at the floating island that was their home, Pen and Morgan make a horrible discovery—Internment is sinking.

And it's all Morgan's fault.

Corrupted from the inside by one terrible king and assailed from the outside for precious resources by another, Internment could be destroyed because Morgan couldn't keep a secret. As two wars become one, Morgan must find a way to bring her two worlds together to stop the kings that wage them…


Or face the furthest fall yet.

My Review:
It was so awesome to read these books! They were just so spectacular, and enjoyable, and I just loved them so much! I've loved her previous books, and these were just some really great ones! I loved reading the rest of this series!

It was great to have that story of Daphne and Judas, because it was what happened to her that was the impetus for this series happening when it did. So yeah, this was a bit of an important story! The same with The Heir Apparent, we didn't spend much time with Price Azure, but he was interesting to read about!

The world on the ground, well, yeah, it was different from Internment. They had more space, and that led to so many differences, like the number of children, the clothing, and class structures. And it was great to see how the characters that we got to know in Perfect Ruin, see this change!

It felt like each book, there were characters introduced, and then others that were the focus of the book. Like Morgan and her friends are all in all 3 books. But that the characters that didn't have much going on, weren't really in the series. Like Judas and Amy didn't have anything in Broken Crowns. And that was sad because they were pretty great characters!

How things all worked out, was really great! It hurt, and there were deaths, but in the end, the good guys won, the bad guys lost, and people were pretty happy, though there is the 5 year wait. 5 years is a long time, so much can happen. But everybody made the best choices available to them!

It was so great to read this series, and yeah, it ended on a pretty great note!

No Intention of Dying: