Week 13 Review: How to Disappear 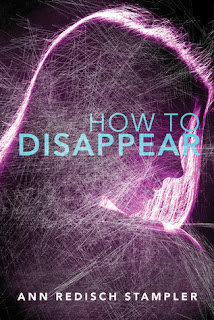 From Goodreads:
A sexy road trip thriller following a girl on the run after witnessing—or committing?—a murder and the boy who has been sent to kill her.

Nicolette Holland is the girl everyone likes. Up for adventure. Loyal to a fault. And she’s pretty sure she can get away with anything…until a young woman is brutally murdered in the woods near Nicolette's house. Which is why she has to disappear.

Jack Manx has always been the stand-up guy with the killer last name. But straight A's and athletic trophies can't make people forget that his father was a hit man and his brother is doing time for armed assault. Just when Jack is about to graduate from his Las Vegas high school and head east for college, his brother pulls him into the family business with inescapable instructions: find this ruthless Nicolette Holland and get rid of her. Or else Jack and everyone he loves will pay the price.

As Nicolette and Jack race across the country trying to outsmart each other, tensions—and attractions—run high. Told in alternating voices, this tightly plotted mystery and tense love story challenges our assumptions about right and wrong, guilt and innocence, truth and lies.

My Review:
This book was so fantastic! And it was great to read it after With Malice, because they both had these twisty, unforgettable endings! This book was so fascinating, and I just wanted to know what was going to happen next!

We didn't know what exactly had happened, that sent her running, why Jack was sent to kill her. We didn't get the whole story together, and then this was done again in how things ended, so it was a bit of bookends in this book!

I really enjoyed the world in this book, sure it's contemporary, but that the Manx's are murderers, and stuff about mobs, and all that, it was just so great to read! There was this faint feeling of terror, because she was being hunted, and that Jack was one of those hunters...yeah.

I don't know how many takes there were of what happened in the end. Jack had one idea, Nicolette another, and police had another, and the public presumably, had another. Lots of different versions, and when we found out what had really happened, well, we got it in pieces, and we had to put them together!

Loved this book, it was so awesome, and I can't wait to read more by Ann Redisch Stampler!