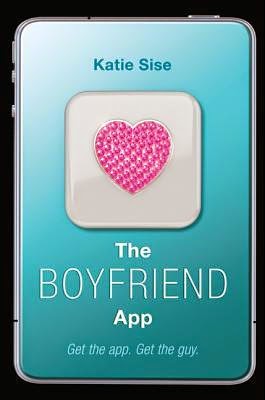 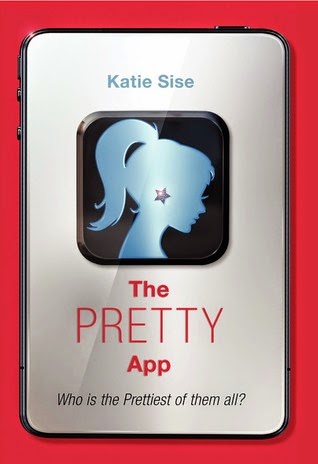 From Goodreads:
Get the app. Get the guy.

Computer-whiz Audrey McCarthy feels most at home in a tech lab, surrounded by her fellow geeks. Once popular and fearless, she hasn't been the same since her dad died. And her ex-best friend, gorgeous queen bee Blake Dawkins, has turned into her worst nightmare. Audrey is counting the minutes until high school is over and she can get the hell out of Dodge and go to college-that is, if she can find a scholarship.

So when Public Corporation, a giant tech company, announces a contest for the best app developed by a high schooler-with $200,000 in prize money-Audrey is spurred to action. She comes up with an idea so simple, yet so brilliant, she can't believe it hasn't been done: the Boyfriend App. With a simple touch of the screen, romance blooms among the unlikeliest couples in high school, and people start to take notice. But it's not quite enough.


To beat out the competition, Audrey will have to dig deeper. And she does-right into a scandal that would rock Public to its core. Suddenly the Boyfriend App lands Audrey where she never expected to be: in the middle of the limelight, passionately kissed by the hottest guys in school, causing complete and utter mayhem. But can it bring her true love?

From Goodreads:
Poor Blake Dawkins! She's rich, she's gorgeous, and she's the queen bee of Harrison High. The girls want to be her; the boys want to—okay, enough said. But it turns out Blake's life is not so perfect—just talk to her dad, who constantly reminds her that she's not up to par, or to her ex-bff, Audrey, who doesn't even look her in the eye.

Then Harrison—and every other high school in America—becomes obsessed with posting selfies on the ubiquitous Pretty App. Next: Leo, an adorable transfer student, arrives at Harrison and begins to show Blake that maybe being a queen bee doesn't mean being a queen bitch. And though Audrey suspects somebody's playing foul, Blake finds herself catapulted to internet fame after being voted one of the prettiest girls in the country. She's whisked away to star in a reality show—in Hollywood, on live TV. But she doesn't know who to trust. Because everybody on the show wants to win.

And nobody is there to make friends.

The Boyfriend App author Katie Sise spins another irresistible tale of technology, secrets, and big-time romance in this story of what it takes to be #trulybeautiful.

My Review:
It was so great to read these books! They were so entertaining and fun, and yet different, too, between the apps and the technology and the characters! Just so much fun to read, and also some really great stories in them!

I loved Audrey, she was really awesome, she had lost her dad, and her best friend, but she had gained a close group of friends, and she also had coding, which I think is pretty awesome, and I'd love to learn it! (I have a class that we were taught HTML, but I don't think it's quite the same!)

Besides the characters, one of the big connections was the company, Public Corporation. Who were pretty darned awful! Having a tone in their products, in their stories, to make teens vulnerable to it, to want to buy their stuff, that's pretty horrible! And then the Pretty App!

I really enjoyed how things were concluded, things worked out pretty darned well for the good guys, and kinda not so well for the bad guys. And Audrey and Blake worked things out, which was really great, and both girls got their guys! So yeah, happy with that!

These were some really great, enjoyable books that I really loved! Hope you guys do, too!