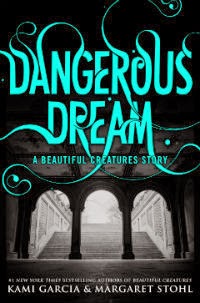 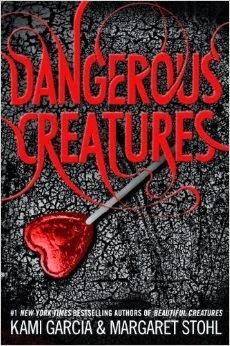 From Goodreads:
Catch up with Ethan, Lena, and Link as they finally graduate from high school and get ready to leave the small Southern town of Gatlin. But when Dark Caster Ridley makes an appearance, the sometime bad girl can't resist picking a fight with her sometime boyfriend, Link. Angry and rebellious as ever, Ridley ends up alone in New York City and becomes entangled in the dangerous underground Caster club scene, where the stakes are high and losers pay the ultimate price.

Where's a Linkubus when you need him?

From Goodreads:
A new series returns to the world of Beautiful Creatures. Some loves are cursed...others are dangerous.

Ridley Duchannes will be the first to tell you that she's a bad girl. She's Dark. She's a Siren. You can never trust her, or even yourself when she's around. Lucky for her, Wesley "Link" Lincoln can never seem to remember that; quarter Incubus or not, his heart is Mortal when it comes to Ridley. When Link heads to New York City to start a music career, Ridley goes along for the ride-and she has her own reasons. As if leaving small-town Gatlin for the big city, trying to form a band, and surviving life with a partially reformed Siren isn't hard enough already, Link soon learns he has a price on his head that no Caster or Mortal can ever pay.

Kami Garcia and Margaret Stohl, the #1 New York Times bestselling coauthors of Beautiful Creatures, are back and casting another magical spell. Their signature mixture of mystery, suspense, and romance, along with a dash of fun and danger, will pull fans in and leave them begging for more.

My Review:
It was really fantastic to read the both of these! Dream, that gave us a quick introduction to the conflicts to come, and then Creatures, giving us the start of that conflict! Really great to read, and different, seeing as it's Ridley and Link who narrate, besides the beginning with Ethan in Dream!

Dream was narrated by three, Ethan, Link, and Ridley. Which was a really nice transition, the narrator for most of the series that this is spun off of, then the narrators for this new series. That was very nice!

And the world is changing! Well, it already changed, what with the events of Beautiful Darkness, but there's some new things that they're just seeing now! Which is pretty darned great to read! The Darkborn with the grey eyes, stronger then Incubus's. Very interesting!

There was a lot going on in this book, like Ridley getting a job, but it was that ending, that wow, really got my attention! Because, boy, is that a cliffhanger, where things were left! I need to know what's going to happen next! Yeah that the next book is out already, I think!

Really fantastic to read the both of these, and I can't wait to read more!

Authors: Kami Garcia and Margaret Stohl
Series: Dangerous Creatures #0.5, 1
Read: May 31st, June 2nd, 2015
Source: NetGalley, Bought
Reason Why: Loved their other series that this was spun off of, and they're LLFL Books and Prequel & Sequel Challenge 2015 Books!
Publisher: Little, Brown Books for Young Readers
Published: December 13th 2013, May 20th 2014