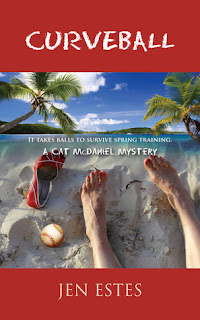 From Goodreads:
BACK ON THE BENCH

Baseball reporter Cat McDaniel specializes in exposes. Now that very talent has left her unemployed. Desperate to get off the bench and back into the lineup, she is thrilled to land an interview with the Buffalo Soldiers' General Manager Roger "Rakin'" Aiken--Baseball legend, eight-time All Star... and oblivious father to a Major League bratty co-ed named Paige.

A CURVEBALL WITH A CAVEAT

Aiken offers Cat the team writer position for the following spring, but the opportunity is tempered by a curveball of a caveat: she must first spend the winter as a blogger reporting on the Latin American training facility. She is also supposed to look out for Paige, nominally the team's newest scouting assistant. Being a glorified babysitter and chaperone still beats being an out-of-work sportswriter. Cat reluctantly leaves behind her gorgeous boyfriend Benji and accompanies the party girl to sunny Santo Domingo to balance baselines and conga lines.

Paige falls for Chance Hayward, an agent who plays hardball--the figurative kind. Joining them on the field is Paige's ex, Junior DeLeon, one of the coaches who'd really like to score with Cat. When an aspiring player turns up dead, it is up to Cat and Junior to devise a game-changing strategy. Will Cat's snooping work in her favor this time, or will she strike out ... losing her job, her boyfriend and her life?

My Review:
I really enjoyed this book, it was funny, and it had romance, and it had mystery, and those are all the things that I like, because they're interesting, and fun, and entertaining! So I definitely enjoyed reading this book!

There were really great characters, who were really excellently well done in developing, and they were unique, and special, and they were hilarious! There was also a lot of characters who were caught up in one thing, that were kinda helpful in another, you know? So it made it hard for anything meaningful to happen, because they couldn't punish the bad guys because they needed their help with the next thing.

All in all, this was a really good book, and I enjoyed it! And the mystery, so I hope you guys check it out! 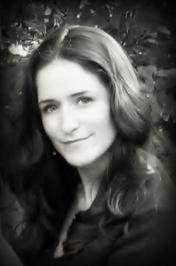 Bio:
Born and raised in Illinois, Jen Estes started her writing career as a baseball blogger in 2007 and expanded to freelance sports writing in 2009. She is an active member of the Society of American Baseball Research (SABR), Springfield Poets & Writers and the National Writers Union (NWU). Curveball is the second in a series featuring sassy sports writer Cat McDaniel. When Jen isn’t writing, she enjoys running, yoga, traveling and watching baseball with her husband and cat.