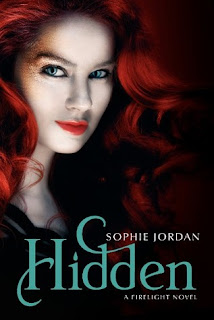 From Goodreads:
Jacinda was supposed to bond with Cassian, the "prince" of their pride. But she resisted long before she fell in love with Will—a human and, worse, a hunter. When she ran away with Will, it ended in disaster, with Cassian's sister, Miram, captured. Weighed down by guilt, Jacinda knows she must rescue her to set things right. Yet to do so she will have to venture deep into the heart of enemy territory.

The only way Jacinda can reach Miram is by posing as a prisoner herself, though once she assumes that disguise, things quickly spiral out of her control. As she learns more about her captors, she realizes that even if Will and Cassian can carry out their part of the plan, there's no guarantee they'll all make it out alive. But what Jacinda never could have foreseen is that escaping would be only the beginning....

My Review:
Oh, man, this was such a fantastic book! Such a great ending to the series, though I think that there's a Cassian novella set after this, and while it's the shortest book in the series, there was a lot going on, and yeah, it was such a great book!

I really enjoyed reading about these characters, so, so, much! I've really enjoyed this series, and this is the book where things come to a head, and where they really confront the big bad, and win! So awesome and great! (And I typed wing there, which would be kinda appropriate, seeing that some of them are dragons!)

This book started almost immediately after where Vanish ended, with them going to rescue Cassian's sister, Miram. Because she's being held captive by the hunters, and that is not a good situation! And while their plan is pretty risky, and light on details, well, in the end, it does the job!

I do wish that we could've had more time with the characters. This was the shortest book in the series, so yeah, that meant that less time with them. And with everything that was going on, this was more of an action book then anything else. But oh, well!

Yeah, this was such a great book, and a really great ending to the series! I loved it so much!