OK, so I got 15 posts in 7 days, not a lot, but yeah, it was a pretty decent week! What about you guys? Happy reading!

So this week I want to read Death Island, and Final Fall. 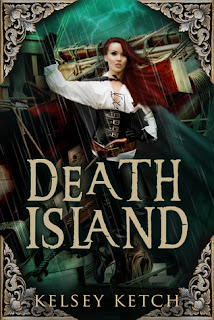 Her family name tainted by her great-grandfather's crimes of piracy, Meriden Cummings is far from the typical 18th century woman. A social outcast, she works in a carpentry shop in a small village, where the people barely tolerate unconventional behavior. 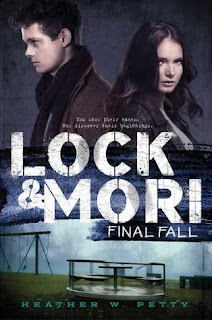 Sherlock Holmes and Miss James "Mori" Moriarty started at the top of their game—so they have that much farther to fall in this epic conclusion to the Lock & Mori trilogy, perfect for fans of Maureen Johnson and Sherlock.

Mori is out for revenge. Imprisoned in the English countryside, with her brothers held as leverage, she's never felt angrier or more helpless. When an opportunity for escape arises, Mori takes it and flees back to the streets of London, where she is finally able to plot the demise of her recently freed father and his cohorts.

But after a bittersweet reunion with Lock, she discovers that he may not be the ally he once was. In the face of blackmail, threats, and Lock's noble attempts to thwart her crusade, Mori has an impossible decision to make.

Can Mori wash the blood from her hands and walk away? Or will her final fall from grace be the end of everyone she loves?
Posted by Louisa @ Words I Write Crazy at 6:00 AM