Mayan Prophecies as used in The Midnight Queen

When I began working on my novels, The Twilight Saint and The Midnight Queen, its sequel, I was deeply inspired by a trip I took to Chichen Itza in Mexico.  I had heard that the Mayans predicted that the world would end on December 21, 2012, but I didn’t know much more about the prophecy other than that it existed.  My visit to Chichen Itza deepened my knowledge of these prophecies and inspired me to begin writing about a world after the apocalypse.  Chichen Itza is one of the most monumental of a series of Mayan ruins in the Yucatan area. Its beauty and size are awe inspiring.  Its history is fascinating.  During my trip, we were lead through the sprawling ruins of the fallen city by an amazingly knowledgeable Mayan guide that explained Mayan prophecy to us.  According to our guide, Mayan history came in phases and that the ruins were in layers depending on their period of origin. There were the Olmec, Toltec, and Classical Mayan phases represented in the ruins of Chichen Itza, none of which were surviving when the first Europeans set foot on the shores of the New World.

One of the most fascinating things our guide explained to us about the Mayans had to do with the 2012 apocalyptic prophecy. At the time we travelled, the 2012 prophecy was far less well known and no one expected to hear anything about it. Our guide told us that the Mayan calendar was cyclical and that the Mayan's believed that the world was born and died many times. He talked about the last apocalypse. He said that it was an apocalypse of water and that the earth was covered in a great flood. He said that when that age, the age of water, was brought to an end by the flood a new age was born, an age of fire. We are now in the age of fire. In 2012 our age of fire will end in fire and an age of ether will be born. The end of the world will also be the beginning of a new world.

In my book, The Twilight Saint, it is the end of the age of ether.  In the second book in the series, The Midnight Queen, the age of ether is ending.  In the last book in the series, the new age will be born. The world has ended and been reborn many times and it is going to end again.  The post-apocalyptic landscape that is seen in my novels is filled with the ruins of our civilization.  Scholars study us as we now study the Mayans.  The cycle of life has come and gone again.  It has been thousands of years since the end of our world and the new world is about to end and be born again. 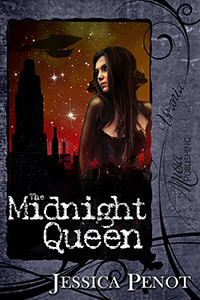 From Goodreads:
In a desperate future, a dark queen rises from the ashes of oblivion to unify a broken world.

Aiela has spent her entire life sheltered from the world. Her only dream has been to escape the quiet island life she's know and find adventure in the world outside. After the death of her mother, Aiela escapes to the University, a world filled with technological wonders and exotic people. But her own history is dark and the secrets behind her birth may destroy everything that hold Aiela together.

My Review:
This was a really fantastic book! I enjoyed the first through it's weirdness, and I did the same for this book! I mean, it sucks that her mom died, seeing that she sacrificed her future for her daughter, and then after her death, her daughter goes and does what she wanted to stop.

So going back to the University, well, after everything that happened in the last book, things were different, and yet there were the same. Because her dad was a pretty important person, and so was her mom. Yeah. You'd think there'd be more change, but nope!

And Aiela is a lot like her mom was, and her story was just as weird as strange, and I was confused as to what was the whole point of what was going on, and I didn't ever really get the point. But it was a pretty good journey! But then she got captured. And then she turned into a pretty dark person, indeed.

There were a lot of weird things going on in this book! But like the time that Aiela met her real dad, that was something! That accounted for a bit of the darkness, because she wanted to have power, but yeah, it's a part of her family, I guess!

Really awesome book, and with the ending being open ended, hopefully there'll be a 3rd book! We can only hope! 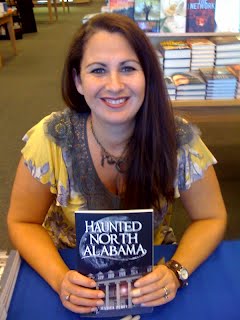 Bio:
I am a therapist and writer who lives in Alabama with my three corgis, children, husband, and other strange creatures. My short stories have been published in numerous literary magazines and anthologies including CSM, Summer Gothic, Bound By Blood, and Outer Darkness. I have ghost story columns in theValley Planet and White Cat Magazine where I share my love for ghost stories that send shivers down your spine and keep you up at night.   I also share my passion for all things ghostly and haunted at my blog, ghost stories and haunted places.

I am currently working on my next Haunted America Book for History Press, Haunted South Alabama.  Follow me at my blog to learn about the ghost stories I am chasing and collecting for this fascinating addition to Haunted America.  I'm also working on the next book in my Circe series.  The demon is awake and waiting for my new heroine in the swamps of Southern Alabama. 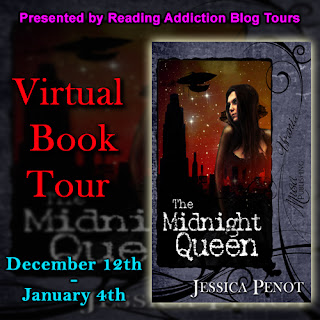