From Goodreads:
The world of fairy tales is twisted and corrupted. Two years after her entrapment and torture at the hands of the Seven Deadly Trolls, Snow White now works as an assassin for hire. Rude, crude and with her princess status long revoked, she has become a dark angel for the Ever After's damsels-in-distress. A game of cat and mouse soon begins when two of the Deadlies, Pride and Wrath, return to exact revenge on the fallen princess for the murder of their brothers. Armed with her trusty dagger carved from the magic mirror, Snow finds herself drawn into a conspiracy that involves an ancient relic from beyond her world's borders and the destruction of her world. Taking perversion to a whole new level, NEVER AFTER is an estrogen-filled romp to save the Ever After as Snow slices and dices her way through beloved characters leaving no talking animal safe!

My Review:
My, oh, my, did I really enjoy this book! Funny, hilarious, and heartbreaking, sometimes all at the same time! There was never a dull moment, and I just enjoyed it so much! But I'm conflicted on it being a series, because if you ignore the like, last page, then this book ends on a good note!

This is fairy tales, being totally re-imagined, and put in one of the darkest lens to look through! How the 7 dwarfs are the deadlies, and how horrible Snow's life has been, and how kick ass she is! It was really fantastic reading this book!

That she gets pulled into the two final deadlies and their plots and schemes, well, yeah, that's a ton of non-fun for Snow, and a roller coaster of a ride for us! It was really awesome to watch Snow as she went on the journey!

There'd better be a sequel! I mean, again, if the ending had been without the group scene, then this could've been a stand alone. But with that ending, with him betraying her, and her getting all angry, well, there better be a sequel!

I enjoyed this book so much, it was really great and entertaining! So original and great! 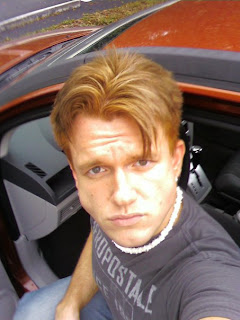 Bio:
Jason Macumber has been writing since he could first hold a pen, weaving stories so grand his teachers would usually have to pull him back down to earth on more than one occasion. After beginning his writing career in the Young Adult genre, he found that the medium did not suit his more mature tastes and tones that were dying to rip free from the far reaches of his mind. Thus, Snow emerged and became a force to be reckoned and the Ever After Chronicles was born. He is currently living in Florida where he is finishing his graduate degree and punching out the sequel to NEVER AFTER in the company of his three dogs and one mischievous cat. 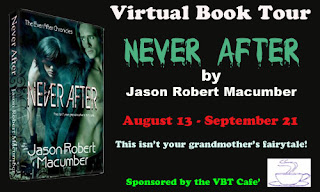