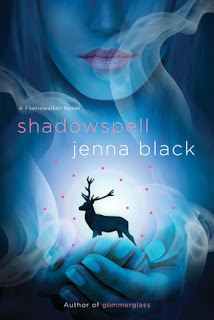 From Goodreads:
On top of spending most of her time in a bunkerlike safe house and having her dates hijacked by a formidable Fae bodyguard, Faeriewalker Dana Hathaway is in for some more bad news: the Erlking and his pack of murderous minions known as the Wild Hunt have descended upon Avalon. With his homicidal appetite and immortal powers, the Erlking has long been the nightmare of the Fae realm.

A fragile treaty with the Faerie Queen, sealed with a mysterious spell, is the one thing that keeps him from hunting unchecked in Avalon, the only place on Earth where humans and Fae live together. Which means Dana's in trouble, since it's common knowledge that the Faerie Queen wants her – and her rare Faeriewalker powers – dead. The smoldering, sexy Erlking's got his sights set on Dana, but does he only seek to kill her, or does he have something much darker in mind?

My Review:
Oooh, reading this book was really fantastic! I'm really enjoying this series, and spending more time in this world is just the best! I'm just enjoying it so much! It's going to suck when it ends, but I'm not there yet!

So we have the Erlking in this book. Which is a complication, a pretty huge one, seeing as he's been sent by the Faerie Queen to kill her. Which we don't want him to do! And as it turns out, he doesn't particularly want to do it. Which is going to cause some complications later!

The developments in this book were just fantastic! I loved the developing relationships, between Dana, her guard, and everyone else, well, yeah, it's quite a group that Dana's slowly been collecting, it seems!

And then there was that ending! That was pretty out of this world! And probably people aren't going to like it, but boy, did I like it! Really fantastic, and has raised the bar for the next book, and makes me want the final book now!

I just enjoyed this book so much, and I need to read more!