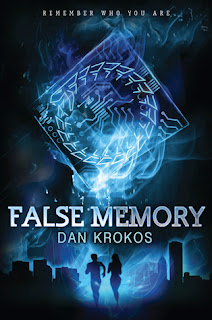 From Goodreads:
Miranda wakes up alone on a park bench with no memory. In her panic, she releases a mysterious energy that incites pure terror in everyone around her. Except Peter, a boy who isn't at all surprised by Miranda's shocking ability.

Left with no choice but to trust this stranger, Miranda discovers she was trained to be a weapon and is part of an elite force of genetically-altered teens who possess flawless combat skills and powers strong enough to destroy a city. But adjusting to her old life isn't easy—especially with Noah, the boyfriend she can't remember loving.

Then Miranda uncovers a dark truth that sets her team on the run. Suddenly her past doesn't seem to matter... when there may not be a future.

My Review:
Oh, wow, this book was fantastic! I enjoyed it so much, it was so entertaining, and I just wanted more! So glad that this is a series, so we'll be able to see more, because man, was this an awesome book! So good!

This book was just so unique and good, and just really awesome to read about! And the progression, of Miranda finding out more about this world that she lives in, was just fantastic! What with the memory things that Miranda is dealing with!

The teams, and the clones, and then how that all worked out, was really great! There were the things that Noah was her boyfriend, but Peter is the one that she's been connecting to. And the whole, "push fear from the brain" power, well, that was pretty excellent!

Loved how it ended, with some brief looks at where the next book might go, with those unnamed monsters that the head lady was scared of. And of the group trying to make something of a normal life for themselves, well, on the path towards it, but since it's a series, they're going to be derailed!

I enjoyed this book so much, it was just really great, and I can't wait for the sequel!