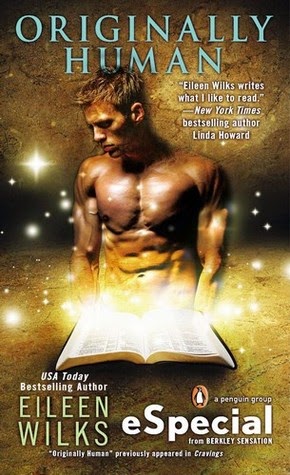 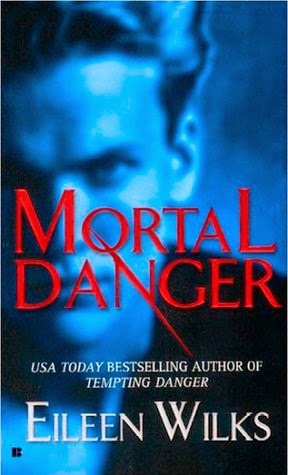 From Goodreads:
Molly doesn't look her age. In fact, Molly never will, having already been around for centuries with no signs of wear. That's because Molly is a succubus—not demonic, but cursed. A victim rather than victimizer—and more than sympathetic to the gorgeous and naked man she finds hiding in the woods. Unlike Molly though, he has no memory of his past—only that he’s being hunted for reasons he can't explain. Now they must both try and solve the riddle of his origin before his past—or even hers—reaches out of the darkness to destroy them.

From Goodreads:
Former cop Lily Yu has her sister's wedding to attend, a missing magical staff to find, and now must deal with her grandmother's decision to return to the old country. Lily could turn to the man she's involved with for advice, but for all the passion that flares between them, she doesn't really know Rule Turner--she's just bound to him for life. Rule happens to be a werewolf, and Lily wonders just how far she can trust him.

My Review:
I enjoyed reading these stories so much! I mean, ever since Lover Beware, and the short story that evolved into Tempting Danger, I've been fascinated by this world, and I wanted to know more, and these gives me that, and I can't wait to see what I'll get in future books!

So Originally has a different narrator, and looking at the synopsis' of the series, I think that this couple going to play a pretty significant role in the series, so yeah, I was really interested in reading their beginning story, and yeah, then I got to see how some things played out from there!

Mortal was just fantastic! I love her grandmother so much, she's just hilarious whether she means to or not, and yeah, that comes back from that ending in Lover Beware where Lily starts to tell Rule about her grandmother and imagining his reaction. Yeah.

So yeah, there was a lot going on in Mortal, and yeah, it was just so interesting, her personal life, and mixing in her professional one, yeah, there were some situations that I bet she wishes she wasn't put into, but she was, and yeah, she made the most of them!

Favourite lines from Originally Human: "Wasn't that just like a man? Earlier he'd trusted for no particular reason, now he suspected when there was little cause-and little remedy, if he'd been right."

Favourite lines from Mortal Danger: "'You could at least try to look like you're enjoying yourself.' 'Why?' 'Everyone is watching. Your mother. My mother. Everyone.' "Does that mean you aren't going to try to grope me this time?'" And this is her second cousin she's talking to! And I'm with her why! "FBI. You have heard of them?" I should hope so-I have and I don't live in the US! "Lily's lips twitched at the idea that FBI agents arrested a better class of criminal." If anything, they'd arrest worst! "I'm twenty-eight, not eighteen. Read my lips. We are not getting married. Not ever." Yeah, it'd be weird if they got married! "'What's wrong?' 'It's such a pleasure to be asked that question by someone I can tell to mind her own business.'" Yeah, family being pushy! "He's stopped proposing. He just talks about our marriage as if I've already agreed." Which is rather rude! "He stared at the heart of his heart, the one woman in the world for him...the pigheaded, my-way-or-the-highway idiot who'd refused medical treatment." Loved how the tone changed from loving, to enraged at the love! "It goes with the stethoscope. For some reason everyone wants to see my credentials if I show up in shorts and an athletic bra." Yeah, the professional image!

It was excellent to read these, and yeah, I can't wait to read more! Though I think I will wait for the new year!