Week 48 Reviews: This Night So Dark, This Shattered World 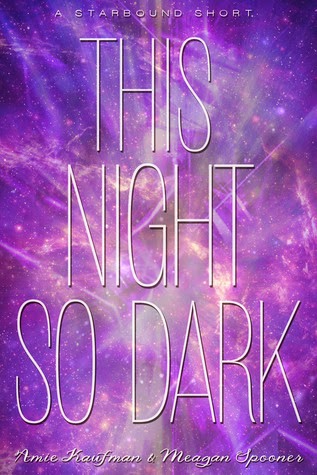 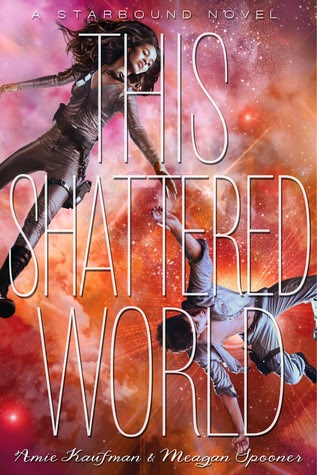 From Goodreads:
Tarver still has nightmares about the night, six months before the Icarus crash, when he rescued a group of civilian researchers being held hostage by brutal mercenaries. Now Tarver and Lilac must reconcile his memories of that fateful night with the truth that they uncovered on a mysterious planet after the Icarus crashed.

From Goodreads:
The second installment in the epic Starbound trilogy introduces a new pair of star-crossed lovers on two sides of a bloody war.

Jubilee Chase and Flynn Cormac should never have met.

Lee is captain of the forces sent to Avon to crush the terraformed planet's rebellious colonists, but she has her own reasons for hating the insurgents.

Rebellion is in Flynn's blood. Terraforming corporations make their fortune by recruiting colonists to make the inhospitable planets livable, with the promise of a better life for their children. But they never fulfilled their promise on Avon, and decades later, Flynn is leading the rebellion.

Desperate for any advantage in a bloody and unrelentingly war, Flynn does the only thing that makes sense when he and Lee cross paths: he returns to base with her as prisoner. But as his fellow rebels prepare to execute this tough-talking girl with nerves of steel, Flynn makes another choice that will change him forever. He and Lee escape the rebel base together, caught between two sides of a senseless war.

My Review:
I loved reading both of these so much! Being in this world again, even though it's been about a year since I last was in it, was just amazing, and as addicting as it was before! I'm so thankful that I got an eARC of This Shattered World through NetGalley! (And I had Thanksgiving last month, not this one, so totally unconnected!)

So Dark tells the story of how Tarver ended up on Icarus, and as it turns out, is connected to why the Icarus crashed, which is why Tarver's having a nightmare about it. And yeah, this story just highlighted how much of a conscience Lilac's dad has-none. Which was a bit hard for Lilac, but she's getting used to it, which is almost a good thing.

Really enjoyed the setting of Avon, a terra-formed planet that is behind schedule, and as far as the company's concerned, they don't know why. But we readers have a suspicion-it's set in the same world as Stars, after all!

And because of that lack of progress, and the various laws because of that status, there's the rebels, Flynn the younger sibling of the leader of the last rebellion, Lee, whose family was damaged by rebels when she was young. Yeah, it was great to have their story, and then as an added bonus, Tarver and Lilac are in this book, because a) LaRoux are the bad guys, and b) Tarver was once Lee's commanding officer!

Really enjoyed how World ended, it was on a happy note, cautious, but still happy, and with progress being made for the good guys, good progress, and yeah, a bit of an open question as to who the last couple will be, and if Tarver, Lilac, Lee, and Flynn will be in the 3rd and final book!

Favourite lines from This Night So Dark: "We just had to be taken hostage by professionals. I hate well-organized opponents." Yeah, because it makes things harder!  "'Are you even old enough to drink?' 'Who, me? No, ma'am. I lied my way into the military at thirteen years old, they think I'm thirty-nine by now.'" This is just too cute! "You're calling my life's work a glorified seat belt?" Not nice, Tarver! "And miraculously, he does. Apparently sometimes threats do work on civilians." Yeah, just don't get used to it! "'Well, I guess I have Sanjana to thank for preparing you for dealing with civilians in life-or-death situations.' Lilac’s voice is dry. I reach for her to pull her in against my side, putting my own mug down on the empty box serving as a temporary nightstand until we get the rest of our furniture in. 'Beautiful, an entire year of training couldn't have prepared me for dealing with you.'" No, Lilac is in a class of her own! "Beautiful, we're an exception to every rule there is." Yes, you are! You're so cute!

Loved to read these, just fantastic, and now the wait for the 3rd and final book is going to be absolute torture!

This Night So Dark: