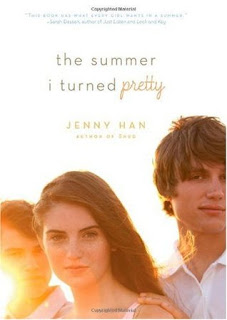 From Goodreads:
Belly measures her life in summers. Everything good, everything magical happens between the months of June and August. Winters are simply a time to count the weeks until the next summer, a place away from the beach house, away from Susannah, and most importantly, away from Jeremiah and Conrad. They are the boys that Belly has known since her very first summer--they have been her brother figures, her crushes, and everything in between. But one summer, one terrible and wonderful summer, the more everything changes, the more it all ends up just the way it should have been all along.

My Review:
I really enjoyed this book, the characters, and the relationships they had with each other, because Belly, Jeremiah, and Conrad are always close during summer. But this summer, everything is different, it seems, for everyone.

Well, they are growing up, things change as time goes on, and there's one major thing going on-the boy's mom, her mom's best friend Susannah, has cancer again. So yeah, there's that significant thing going on. Another is that this is the first year that she brought her friend, Taylor, with her, and yeah, I really didn't like Taylor!

And yeah, the last major thing, is what the title suggests-it's the summer she grew into her looks, the first time the boys has seen her as a girl that they could fall in love with, vs the girl that always tried to tag along with them each summer.

So yeah, this was a good book, and I'll have to read the rest of the series!