The Dark Lady: Review and Giveaway 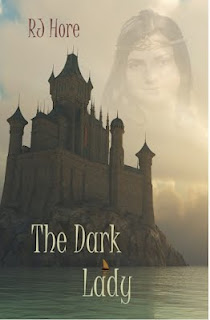 From Goodreads:
The only surviving child of a murdered king, young Princess Nefesti must take up the throne of Vadio, though she is deemed to young to rule. Knowing that her surviving relatives all wish to seize control of the realm, the child queen must contend with priests, princes, and delegates from rival nations that seek to swallow up her once mighty kingdom.

My Review:
Oh, man, did I really enjoy this book! Nefesti was a very strong character, though a bit harsh then she needed to be, especially during when she dropped off her cousin off for his warrior monk training, with the monks (I think that's their proper title) maybe being elves. But yeah, other then that, she was a great character, very smart, and plotting, so that she wouldn't have to marry all these various people.

This world isn't really one for the faint of heart. So good thing that Nefesti is about just about the opposite as you can get from that description, seeing as she's the young ruler of the land! And she was a really great character to read about!

I enjoyed all of the plots, the plots of the book, and the plotting that the characters did, the politics, because as the synopsis said it was once a mighty kingdom. And Nefesti has the power and skill to work it back into that condition!

That ending was really awesome! I loved that she got what she wanted, and that things went her way, though there's still some battles to be fought, there always will be, it is a kingdom, after all, and populated with people, who are always going to do something stupid!

Yeah, really enjoyed it! And I wouldn't mind a sequel! Bio:
A reader of genre fiction since a very early age, got down to serious attempts at writing over thirty years ago, although employment kept getting in the way.

I did write a considerable amount of non-fiction during my business career, enough to be listed as a professional writer by the Canadian Authors Association.

Hobbies include trying to keep on the good side of my wife, keeping track of my children and grandchildren, and wrestling the blasted cat off of the keyboard. In my diminishing spare time I sail on Lake Winnipeg and try not to get lost.

A current member of three writing organizations, for several years I was in charge of the judging for a national Canadian history book contest, and chaired a writer’s workshop in Winnipeg that self-published an anthology, including three of my pieces: a sci fi piece, an attempt at an epic poem, and a true tale of how I almost drowned my brother and his wife in a storm the first year I owned a sailboat.

I currently review science fiction and fantasy genre novels and anthologies for an on-line magazine aimed primarily at school libraries. I’m losing track, but I have done somewhere over 60 reviews so far.

In 20I0 co-authored a non fiction history: “The Rotary Club of Winnipeg-100 Years of Service”.

Through BURST Books, writing as R.J.Hore, I have a medieval fantasy tale of murder and intrigue entitled “The Dark Lady” that came out in February 2012 and a fantasy detective story scheduled for December 2012 called “Housetrap”. Housetrap is designed as the first in a series of novellas; I have three others in the set already completed, but not scheduled, as of this date: “Dial M for Mudder,” “The House on Hollow Hill,” and “Hounds of Basalt Ville.” Already scheduled for publication, I have a novella “Knight’s Bridge” another medieval tale arriving in March 2013, and a full length novel, again a medieval fantasy, working title “Pawn, Queen, Checkmate,” coming out in April 2013.

And of course, I also have a large stack of completed manuscripts in various stages ranging from a “What If” — the North Americans discovered Europe first, set in 1215AD – to a contemporary bickering married couple swept away to an alternative universe, or a futuristic tale of a lady archaeologist set in outer space. 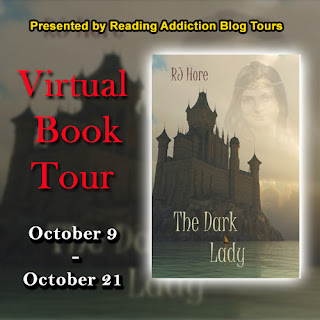