Week 20 Reviews: The Twilight Before Christmas, Oceans of Fire 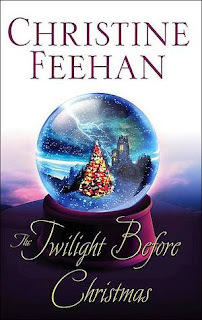 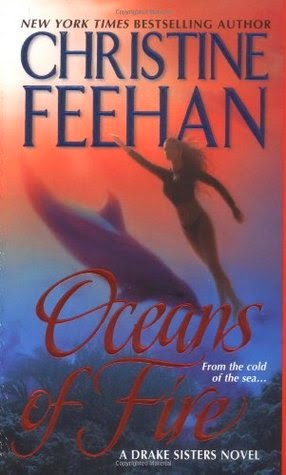 From Goodreads:
Seven sisters...and a legacy of magical secrets.

Bestselling novelist Kate Drake is one of seven sisters gifted with amazing powers of witchcraft. Returning home in time for her northern California town's annual Christmas pageant, Kate catches the spirit of the season and decides to open a bookstore in a charming but run-down historic mill. Decorated former U.S. Army Ranger Matt Granite, now a local contractor, doesn't mind working in the undeniably eerie house -- not if it means getting closer to Kate. There's something about the quiet, sensual woman that powerfully attracts him.

When an earthquake cracks the mill's foundation and reveals a burial crypt, Kate senses that a centuries-old evil has been unleashed and that it's coming after her. Though Matt vows to guard her from dusk till dawn, Kate knows she will have to summon all of her and her sisters' powers to battle the darkness threatening to destroy both Christmas and the gift of soul-searing passion her hometown hero wants her to keep forever...

From Goodreads:
Called “the reigning queen of paranormal romance” by Publishers Weekly, New York Times bestselling author Christine Feehan offers an imaginative blend of sensual romance, fast-paced adventure and the paranormal that has thrilled countless readers. Now, she tells the story of Abigail Drake, of the magical Drake sisters — seven elementally gifted sisters, and their prophecy of love…

As the third daughter in a magical bloodline, Abigail Drake was born with a mystical affinity for water, and possessed a particularly strong bond with dolphins. She spent her entire life studying them, learning from them, and swimming among them in the waters off her hometown of Sea Haven … Until the day Abby witnessed a cold-blooded murder on shore, and found herself fleeing for her life — right into the arms of Aleksandr Volstov. He’s an Interpol agent on the trail of stolen Russian antiquities, a relentless man who gets what he goes after — and the man who broke Abby’s heart. But he isn’t going to let the only woman he ever loved be placed in harm’s way — or slip away from his embrace…

My Review:
These were amazing books! Sizzling romances, amazing characters, and complex plots on figuring out how to beat the bad guy, either by helping him, or to take him down, with whatever help they be. And then there's the prophecy, the first time I've heard of it, and yeah, that was interesting, and I hope we get to explore that a bit more, and the circumstances behind it, because that'll be interesting!

These were strong men. Like Matt, he was in a special unit with the going to be male leads of Safe Harbor, Jonas, and Hidden Currents, Jackson, and yeah, that was a high-stress job with lots of discipline. Sasha, Alexsandr's intimate name, like it says, is an Interpol agent, and one from Russia, at that, and that takes a certain something, an raising that doesn't really like comfort or personal safety stand in the way of doing a great job. And they are perfect for Kate and Abby, who both see themselves as flawed, Kate in the way she watches life, but doesn't participate, and Abby, in the way she used her gift, and how she really doesn't like it, by saying "truth" the others around her blurt out truths that they most often don't want known. Which involves some pretty funny scenes, and hand print bruise that kept coming back and a flirter, and yeah, that was really funny!

The whole "leave the staff" thing alone that was part of Twilight, I wish it'd been explained a bit more, I think I understand why that was, but I'm not sure that it's right, in that the whole reason why the entity was guilty and didn't want to be redeemed and all that, but I wish that it was totally explained. But anyways.

These were 2 great books, and I can't wait to read more of the series! Check them out!

The Twilight Before Christmas: