Week 31 Reviews: The Light, The Black 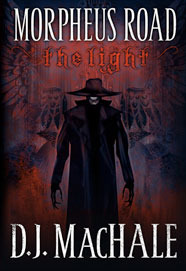 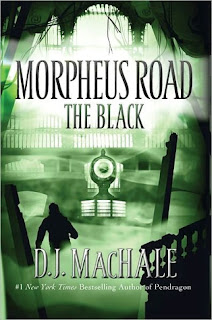 From Goodreads:
Marshall Seaver is being haunted. In the first installment of this chillingly compelling trilogy, sixteen-year-old Marshall discovers that something beyond our world is after him. The eerie clues pile up quickly, and when people start dying, it's clear whatever this is it's huge.

Marshall has no idea what's happening to him, but he's soon convinced that it has something to do with his best friend Cooper, who's been missing for over a week. Together with Coop's sister, Marsh searches for the truth about what happened to his friend, ultimately uncovering something bigger than he could ever have imagined.

From Goodreads:
Cooper Foley always had a knack for finding trouble, but nothing he's ever experienced could have prepared him for his latest adventure: He has landed square in the middle of a border war between the worlds of the living and the dead.

At the end of The Light, Book One of the Morpheus Road trilogy, Marshall Seaver learned the truth about what happened to his missing best friend, Cooper. Now, the mystery continues to unfold, only this time through Cooper's eyes.

What did Marshall’s terrifying encounters with Gravedigger have to do with spirits from another existence? Who is Damon, and what role did he play in Cooper's dilemma? Most importantly, what is the mysterious Morpheus Road? It's time to learn, as bestselling author and master of thrilling suspense D.J. MacHale delivers another fast-paced, fantastical story that has all of existence hanging in the balance.

My Review:
These were interesting, intriguing, and I can't think of another "I" word to describe them. They were were just really great!

I loved that parts of the first were woven into the second from Coop's POV, and yet there were a lot more parts to the book then just that. It was interesting to read, and I just loved seeing all the different bits.

These were different books, and I liked the thought that when we live, we're in the light, and when we die, we are in the Black.

I loved the characters, and the relationships, and all the different things that we learn throughout the books.

And I enjoyed the bad guy getting just a bit of what he deserved for his cowardly actions. I hope I can read the next book soon, and yeah, these were great books that you guys should really read!