Week 32 Reviews: Inside Out, Outside In 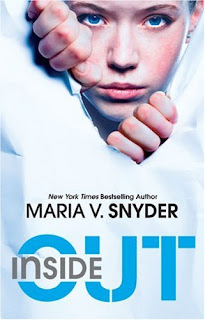 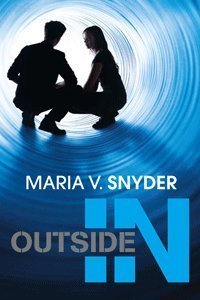 From Goodreads:
Keep Your Head Down.

Don't Get Noticed.
Or Else.

I'm Trella. I'm a scrub. A nobody. One of thousands who work the lower levels, keeping Inside clean for the Uppers. I've got one friend, do my job and try to avoid the Pop Cops. So what if I occasionally use the pipes to sneak around the Upper levels? The only neck at risk is my own…until I accidentally start a rebellion and become the go-to girl to lead a revolution.

From Goodreads:
Me? A Leader? Okay, I did prove that there's more to Inside than we knew. That a whole world exists beyond this cube we live in. And finding that led to a major rebellion - between worker scrubs like me and the snobby uppers who rule our world. Make that ruled. Because of me, we're free. I thought that meant I was off the hook, and could go off on my own again - while still touching base with Riley, of course. He's the one upper I think I can trust. But then we learned that there's outside and then there is Outside. And something from Outside wants In.

My Review:
Wow, what amazing books! I just loved them! They were fun, quirky, and I loved the main characters! Trella was just the best, and so was Cog, I felt really bad about what happens to him, and Riley...the list goes on and on!

I loved the plots, and how detailed they were, and all the cool things there were. I loved the technology, and it was funny that in Outside In, Logan recreates video cameras. Just really funny for me, since there's been video cameras in my life since I was 5 or something.

I loved the conflicts, and all the emotional heartbreaking events! I mean, so much happens, and then when you add in all the mysteries, and all the characters, they just came together to such great books that I know I'll read again!