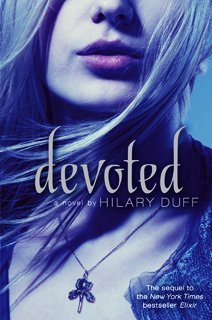 From Goodreads:
Since Sage was kidnapped, Clea has no way of knowing if he is alive or dead. And even though she has only just discovered they were soulmates, she feels like a part of her is lost forever. What’s worse, she can’t even turn to her best friend Ben—because every time she looks at him, all she sees is his betrayal. But waiting for something to happen is not an option, so Clea is ready for action. Suffering through dreams of seeing Sage with another woman, she makes an uneasy alliance with Sage’s enemies and sets out to be reunited with Sage...in this life or the next.


My Review:
This was a really good book! There were lots of new characters, and unexpected allegiances, even if they were certain points allegiances to going back to be enemies afterwards. And the cliffhanger! Wow, I just want to read the next book now. More on why there should be a next book later!

Clea is hurting, Ben betrayed her, and because he ran out, Sage got taken, and so she hasn't seen him. And then she has a strange meeting, and dreams, and messages, and goes after trying to find Sage. Meanwhile, he's being convinced that he should give up their bond, and it's creating a lot of conflict with the 2 of them, even if they don't realize what exactly is happening.

And then there's the strange narrator every once and a while who turns out to have quite a role in everything, and what a story does she tell! Trapped between right, and her family, there's some tough decisions to make, things to hide, and yeah, she was very interesting!

There wasn't as much travel in this one as Elixir, and all the exotic locations was 1/4 the fun of Elixir, but she doesn't have any photography assignments, or any need to run from bad guys, in fact, some running to them, and some information retrieval. Which makes me want a 3rd book even more!

Now, the ending. What an ending! There was violence, the ending of the unlikely allegiance, betrayal, and total changes in the game. And a shocking ending! I would never have guessed that was going to happen! And it just ended! With no explanation, no idea what's going to end up, and what the consequences are going to be, and how the characters are going to react to the changes, since there are quite a few! I can't wait to see what they are going to be, so thus, there has to be a 3rd book, even if it isn't there yet, well, she just had her baby, so she's busy, but that's just a delay, there just has to be a 3rd book! Yep.

So this was a really great book, so I hope you guys check it out!

Author: Hilary Duff
Series: Elixir #2
Read: May 5th, 2012
Source: Library
Reason Why: Loved Elixir, and I love her music, and since books and music are my favourite things, it's the best of both worlds! And it's a JFF book, a WTC book, a A-Z book mini challenge book, and  LLFL book!
Publisher: Simon & Schuster Children's Publishing
Published: September 29th 2011
Posted by Louisa @ Words I Write Crazy at 10:00 AM