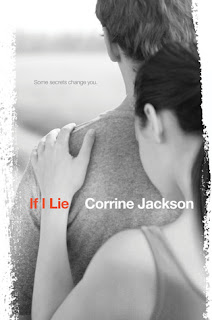 From Goodreads:
Quinn's done the unthinkable: she kissed a guy who is not Carey, her boyfriend. And she got caught. Being branded a cheater would be bad enough, but Quinn is deemed a traitor, and shunned by all of her friends. Because Carey's not just any guy—he's serving in Afghanistan and revered by everyone in their small, military town.

Quinn could clear her name, but that would mean revealing secrets that she's vowed to keep—secrets that aren't hers to share. And when Carey goes MIA, Quinn must decide how far she'll go to protect her boyfriend…and her promise.

I didn't know what to expect from this book. I hadn't read any Corrine Jackson books. I will be reading more, because of how much I really freaking loved this book, because this is a book that just needs to be read!

This book is a good example as to why you shouldn't discriminate. It's a really unfortunate human trait, one that I wish was inhumane, but isn't. Because discrimination causes so much pain, from emotional, psychological, and physical.

That it turns out that her boyfriend was gay, and that she knew, and all that stuff, and that they weren't actually dating anymore when she kissed the other guy. And that Carey was beat up by fellow military guys because was gay, yeah, that sucks. This world and the people in it just kinda suck!

This was just such a great book though! Pretty serious subject matter, it was so well written, and I just enjoyed it so much! Really unexpected!