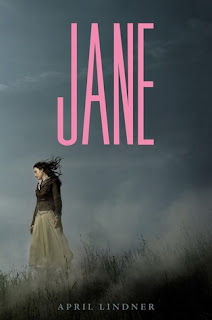 From Goodreads:
What if Jane Eyre fell in love with a rock star? Forced to drop out of an esteemed East Coast college after the sudden death of her parents, Jane Moore takes a nanny job at Thornfield Park, the estate of Nico Rathburn, a world-famous rock star on the brink of a huge comeback. Practical and independent, Jane reluctantly becomes entranced by her magnetic and brooding employer and finds herself in the midst of a forbidden romance. But there's a mystery at Thornfield, and Jane's much-envied relationship with Nico is soon tested by an agonizing secret from his past. Torn between her feelings for Nico and his fateful secret, Jane must decide: Does being true to herself mean giving up on true love? An irresistible romance interwoven with a darkly engrossing mystery, this contemporary retelling of the beloved classic Jane Eyre promises to enchant a new generation of readers.

My Review:
What a great book! I really enjoyed it, since I've never read Jane Eyre, well, this was a great book to read! Though my official first book of modern retelling, I know I love them. Especially ones where the language was like it was back when the originals were written. Because those ones make my head hurt, and the modern ones, don't, and they have references that I understand. So I prefer modern retellings to originals. Yep.

Jane was a bit drab, but she grew into herself as the book progressed, as she found her place, as she grew up. And it was fun to read about that!

Her talks with Nico, they were fun to read, because she was sensible, and Nico really wasn't, and then they developed into a couple, that was a lot of fun! Didn't like the first wife thing, because that led her away, but that also helped her to grow up, she made friends, and things worked. And she ended up with Nico, so everybody was happy!

This was a really great book, and I loved it, so I hope you guys will check it out!