Week 49 Review: The Lives We Lost 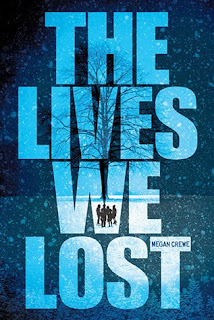 From Goodreads:
First, the virus took Kaelyn's friends. Then, her family. Now it’s taken away her home.

But she can't look back—the life she once had is gone forever.

A deadly virus has destroyed Kaelyn's small island community and spread beyond the quarantine. No one is safe. But when Kaelyn finds samples of a vaccine in her father's abandoned lab, she knows there must be someone, somewhere, who can replicate it. As Kaelyn and her friends head to the mainland, they encounter a world beyond recognition. It's not only the "friendly flu" that’s a killer—there are people who will stop at nothing to get their hands on the vaccine. How much will Kaelyn risk for an unproven cure, when the search could either destroy those she loves or save the human race?

My Review:
Wow, this was so good! It'd been a while since I read The Way We Fall, so I was a bit lost at first, but things were pretty much non stop things happening, because it wasn't all action, there were some pretty emotional parts!

So basically, this was the journey to try and get the vaccine to the scientists that can replicate it, and then spread it everywhere. But there's a growing power that wants to seize the vaccine, and pick and choose who gets it, basically. Which makes things a hell of a lot harder!

And yeah, they journey from their island, to a community, to a city, and then they started on their way south, at the end, with a bit of hope. But that's either going to go away quick next book, or be a lot harder to get to then thought!

Yeah, there was the whole thing when Gav got sick. And yeah, that means that the vaccine won't work on him. So basically, they need to get the vaccine to the CDC in Atlanta, ASPA, so they can make a cure out of it! So there's a bit of a time bomb, plus the fact that they have limited samples!

Really enjoyed this book, and yeah, the short wait for me since it comes out in like, 2 months, is not going to be fun, if I think about it, though there's always more books coming out!