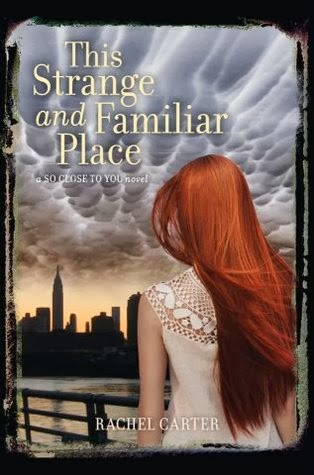 From Goodreads:
These are the things of which Lydia is now certain:

The Montauk Project has been experimenting with time travel for years.

The Project's subjects are "recruits" from across time, recruits like Wes, Lydia's ally, friend, and love.

The Project is now responsible for the disappearance of two members of her family...

The conspiracy theorists were right about the Montauk Project all along. In this sequel to So Close to You, they're coming for Lydia next...

My Review:
I really enjoyed this book! I loved reading about Lydia, living in this life that really isn't her own, because of the changes that she made previously, and now having to deal with that, and Wes doesn't immediately appear, which is cause for concern, especially when he does, it's for a permanent goodbye.

Of course, Lydia won't stand for that, and together they go on his mission to 1989-the year where, in Lydia's new life, her grandfather disappeared. Which, of course, is no coincidence, and yeah, there's the mystery around that, and if Lydia can prevent her grandfather from going where he went in her time, well, that'd be a good thing!

So we learn more about Wes, and his life, and yeah, some of the details of his life are pretty heartbreaking, and this is after we know he's a Project's unwilling puppet. Because some of it is actual stuff about that, and yeah, it's not really pleasant!

That ending! Oh, after all those twists and turns, the discoveries, and yeah, it just ends, and we don't get anything more, and now we have to wait for the next book and the wait is going to kill me, and I want it nownownownownow!!!! Because I want to know what's going to happen next!

Yeah, this was such a great book, and I know the last is going to be even better!