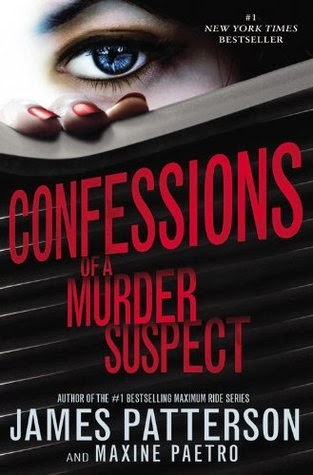 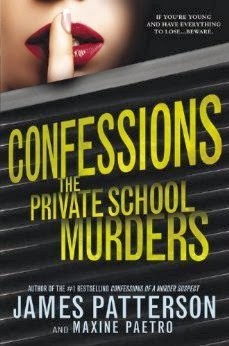 From Goodreads:
James Patterson returns to the genre that made him famous with a thrilling teen detective series about the mysterious and magnificently wealthy Angel family . . . and the dark secrets they're keeping from one another.


On the night Malcolm and Maud Angel are murdered, Tandy Angel knows just three things: 1) She was the last person to see her parents alive. 2) The police have no suspects besides Tandy and her three siblings. 3) She can't trust anyone—maybe not even herself. Having grown up under Malcolm and Maud's intense perfectionist demands, no child comes away undamaged. Tandy decides that she will have to clear the family name, but digging deeper into her powerful parents' affairs is a dangerous-and revealing-game. Who knows what the Angels are truly capable of?

From Goodreads:
In the sequel to the #1 New York Times bestseller Confessions of a Murder Suspect, James Patterson keeps the confessions coming breathlessly as Tandy Angel delves deeper into her own tumultuous history-and proves that she can rise above the sordid Angel legacy.

Wealthy young women are being murdered on Manhattan's exclusive Upper West Side, and the police aren't looking for answers in the right places. Enter Tandy Angel. The first case she cracked was the mystery of her parents' deaths. Now, while she's working to exonerate her brother of his glamorous girlfriend's homicide, she's driven to get involved in the West Side murder spree.

One of the recent victims was a student at Tandy's own elite school. She has a hunch it may be the work of a serial killer, but the NYPD isn't listening to her...and Tandy can't ignore the disturbing fact that she perfectly fits the profile of the killer's targets. Can she untangle the mysteries in time? Or will she be the next victim?

My first review of Confessions of a Murder Suspect
My Review:
Ah, enjoyed reading these books! So entertaining, and interesting, and awesome! Knowing what I did about from reading the first book, yeah, I knew how it was going ot end, who did it, and yeah, I just had to read these books?

Really enjoyed her investigative efforts, first into her parents deaths, of which they did to themselves, and then the few mysteries in Private School, and how she figures out 3 things in one day, that was pretty fun! And good for her brother, seeing as it frees him from being sent to jail!

Then there's the whole thing with the guy that Tandy may or may not have fallen in love with, the memories that she had, and then yeah, trying to find him, which is harder then it sounds! But yeah, it happens, and his dad threatens her, and attempts to bribe her. Yeah.

I really enjoyed the Angel family, and yeah, all of them are interesting, from the uncle who didn't really have much to do with the special pills that his brother, their dad, gave to them, her older brother, her twin, and her younger brother. And then her sister, and I hope that we get more into her death in the next book!

Loved these books a lot, and yeah, can't wait for more!

Confessions of a Murder Suspect: