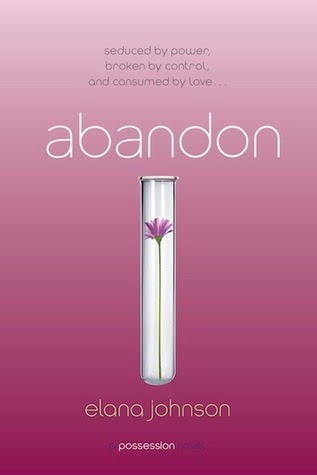 From Goodreads:
seduced by power,
broken by control,
and consumed by love...

Vi has made her choice between Jag and Zenn, and the Resistance may have suffered for it. But with the Thinkers as strong as ever, the rebels still have a job to do. Vi knows better than anyone that there's more at stake than a few broken hearts.

But there is a traitor among them...and the choices he makes could lead to the total destruction of everything Vi has fought for.

Vi, Jag, and Zenn must set their problems aside for the Resistance to have any hope of ending the Thinkers' reign. Their success means everything...and their failure means death.

My Review:
OK. I'll admit, that I read this a) a long time (for me) from the previous book so I don't remember much and b) my memories of the previous books are totally weird, and I hardly understood what was going on half the time. I meant to reread them, but I guess I'll do it some other time and reread the entire series!

So a lot goes on in this book-we get Zenn's POV, which is awesome, even if we don't know what side he's really on until way late in the book, and yeah, there's finding the traitor, and there's taking down a bad government!

There was pretty much non-stop action, that even with it, had those good emotional moments that are just great for a series, that just propelled it closer and closer to the ending! And the stakes were higher, too, because they're that much closer to winning-or failing.

That ended! So explosive, and unexpected, I didn't think it'd go there, and yeah, it was just heart-hurting, some in a good way, but some, not so much, because I didn't want it to happen, but bad things happen in real life, so why not in a book?

Really enjoyed this book even as it hurt, and while it healed, because it was amazing! And it, too, was confusing, so it fit in well with the other two!