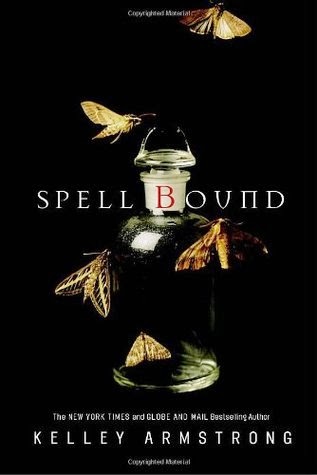 From Goodreads:
Savannah Levine is in terrible danger, and for once she's powerless to help herself. At the conclusion of Waking the Witch, Savannah swore that she would give up her powers if it would help a young girl. Little did she know that someone would take her up on that promise.

And now, witch-hunting assassins, necromancers, half-demons and rogue witches all seem to be after her. The threat is not just for Savannah; every member of the Otherworld might be at risk. While most of her fellow supernaturals are circling the wagons at a gathering of the council in Miami, Savannah is caught on the road, isolated from those who can protect her and unable to use her vast spell-casting talent, the thing she counts on most. In a story that will change the shape of the Otherworld forever, Spell Bound gathers Elena, Clay, Paige, Lucas, Jaime, Hope and others, who soon learn that the greatest threat to supernaturals just may come from within.

My first review of Spell Bound
My Review:
Loved rereading this book! I loved reading about Savannah dealing with having no powers again, and starting to move in a romantic way towards Adam, and him reciprocating, which was a bit in Waking the Witch, but more!

There was still the whole witch hunter plot from before, to be dealt with, but then there's also the gather of supernaturals that want to take over the world, telling regular people about them, which the good guys in this book-plus the cabals-don't want to happen. So that's a big conflict, though it's not going to be resolved till 13!

This book took what I like about this series, the kick ass females, and males that are strong enough to not stop said females from doing said ass kicking (though sometimes some fights before that happens!) and mysteries, and yeah, just made it into an incredible book!

Yeah, lots of things were pulling from previous books, and then things were set up for 13, all that this has been leading to for a while (the earliest I remember it being was in Living With the Dead) and yeah, it's going to be explosive!!!!

Spell Bound is a fantastic 2nd last book in a series, and yeah, such a great book, and a great set up for 13!