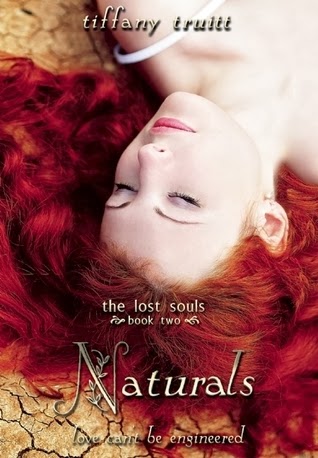 From Goodreads:
Tess is finally safe from the reach of the Council, now that she is living in the Middlelands with the rebel Isolationists. With James having returned to Templeton, she easily falls back into her friendship with Henry, though her newfound knowledge of Robert's chosen one status still stings. Even surrounded by people, Tess has never felt more alone. So she's thrilled when James returns to the settlement, demanding to see Tess — until she finds out that it's because her sister, Louisa, has been recruited into Tess's old position at Templeton, and that the dangerously sadistic chosen one George has taken an interest in her.

My Review:
I enjoyed this book, like, a lot. It was more reflective then the first one, there were a good number of flash backs early on, and while the beginning doesn't quite go so well with the ending, it is still one book, and yeah, that makes sense, that it grows and changes!

So yeah, things should be looking up for Tess-she's alive, and she's free. But she's still feared, even if she's one of the only few who can actually have kids. And yeah, things just go from bad to worse when Henry comes back with the news that George has Louisa, and is willing to make a trade for her. Speaking as someone named Louisa, that situation sucks!

Henry, I'm iffy on him. He made some really bad choices in the past, and he continues on in that vein here, and yeah, he can sometimes be a good guy, but sometimes not, and yeah, he was a bit unpredictable in that.

They were a group of teenagers. And they did what teenagers who aren't really into war games, or with a huge intellect do-they went in without a plan, or contingencies if something went wrong. So yeah, it's a miracle that they were able to do what they did with pretty minimal loss. Yeah.

This was a pretty great book, with some really great new characters, and I can't wait to read about them more in the next book!