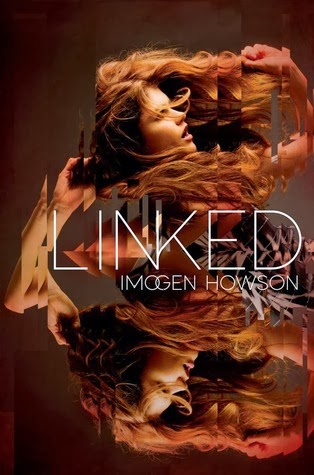 From Goodreads:
Elissa used to have it all: looks, popularity, and a bright future. But for the last three years, she’s been struggling with terrifying visions, phantom pains, and mysterious bruises that appear out of nowhere.

Finally, she’s promised a cure: minor surgery to burn out the overactive area of her brain. But on the eve of the procedure, she discovers the shocking truth behind her hallucinations: she’s been seeing the world through another girl’s eyes.

Elissa follows her visions, and finds a battered, broken girl on the run. A girl—Lin—who looks exactly like Elissa, down to the matching bruises. The twin sister she never knew existed.

Now, Elissa and Lin are on the run from a government who will stop at nothing to reclaim Lin and protect the dangerous secrets she could expose—secrets that would shake the very foundation of their world.

My Review:
This was an utterly fantastic book! So good, and so unique, I mean, two girls who look exactly alike, with their minds connected, on a world that was terraformed, but badly, and there were issues, and one of those issues is things like Elissa and Lin! And such a great cover, too, very pretty and apt what with Elissa and Lin!

I loved being in this world, because it was part thriller, and part mystery and part romance, and all in a YA package, and how Elissa's possible love interest, Caden, who annoyed her in the beginning, the partner of her perfect brother, the one her parents would rather concentrate on, instead of her with her 3 years of problems.

There was this one Lindsey Lohan movie like this, but set on Earth, without the sci-fi elements, of a stripper who got unexpected bruises, and then investigates, and finds a girl was kidnapped, and who looks exactly like her, and how if something hurts one of them (physically) then it would hurt the other. So this book had elements like that, but that was the only similarity!

Yeah, this was a book about buried secrets, and the lengths some people will go to keep them buried, especially when said secrets can do things for the people keeping them, or how they can keep the people from panicking if they knew the truth.

I really enjoyed this book, and I can't wait for Unravel!