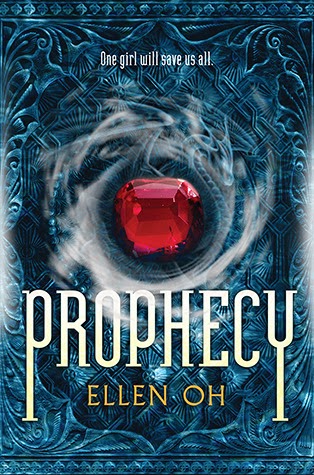 From Goodreads:
The greatest warrior in all of the Seven Kingdoms... is a girl with yellow eyes.

Kira’s the only female in the king’s army, and the prince’s bodyguard. She’s a demon slayer and an outcast, hated by nearly everyone in her home city of Hansong. And, she’s their only hope...

Murdered kings and discovered traitors point to a demon invasion, sending Kira on the run with the young prince. He may be the savior predicted in the Dragon King Prophecy, but the missing treasure of myth may be the true key. With only the guidance of the cryptic prophecy, Kira must battle demon soldiers, evil shaman, and the Demon Lord himself to find what was once lost and raise a prince into a king.

My Review:
This was a really fantastic book! The world was detailed, awesome to sometimes hate, sometimes love, and yeah, Kira has a hard time, being a woman, but a fighter, because in this world, it's a man's role, and that is part of the reason why the king, her uncle hates her, even though she saved his son, which is why she's the bodyguard of the prince.

I really enjoyed the romance, from the marriage proposal and how he's so confident, except for the fact that his uncle is evil, and is overthrowing Kira's family. And then there was Jeawon, who Kira had a lot of chemistry with, but they didn't really do anything romantic-they didn't even kiss!

The near ending, with the ladies of the court, jumping off the cliff, escaping life as prisoners with death, that was such a sad scene! Because there were some family members in their number, and yeah, that they'd prefer death to life, just says a lot a b out their condition, how they were treated, and their fear.

I loved how the whole prophecy that the book is named after, turned out to be, and how there's more then one role, so more then 1 person needs to be a part of it, because I knew Kira was a part of it, and now that her cousin is, it's on it's way to completion, they have 1 item, they just need the 2 more!

Really enjoyed this book, and I can't wait for the sequel!