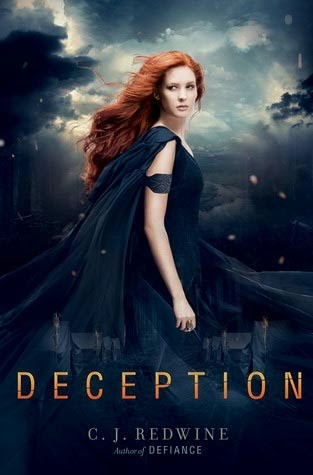 From Goodreads:
Baalboden has been ravaged. The brutal Commander's whereabouts are unknown. And Rachel, grief stricken over her father's death, needs Logan more than ever. With their ragged group of survivors struggling to forge a future, it's up to Logan to become the leader they need—with Rachel by his side. Under constant threat from rival Carrington's army, who is after the device that controls the Cursed One, the group decides to abandon the ruins of their home and take their chances in the Wasteland.

But soon their problems intensify tenfold: someone—possibly inside their ranks—is sabotaging the survivors, picking them off one by one. The chaos and uncertainty of each day puts unbearable strain on Rachel and Logan, and it isn't long before they feel their love splintering. Even worse, as it becomes clear that the Commander will stop at nothing to destroy them, the band of survivors begins to question whether the price of freedom may be too great—and whether, hunted by their enemies and the murderous traitor in their midst, they can make it out of the Wasteland alive.

In this daring sequel to Defiance, with the world they once loved forever destroyed, Rachel and Logan must decide between a life on the run and standing their ground to fight.

My Review:
I took a while in getting around to read this book. And yeah, I wish I could never say that, but this book deserves to be read, by people who enjoy dystopia YA's, because it continues on from where Defiance left off, and is almost non-stop action!

So there's threats from almost every quarter. There's the commander, there's the Cursed One, and there's a few of the other city states. And that's a burden on Logan, who's in charge of protecting and leading these people. And while he grows into the role, it's not one that he wanted to fill.

I had a really bad feeling about the one guy, on and off, throughout the book, which was vindicated at the end, when we find out who he is, and what he's done, and what he's doing! He just proves me right, as well as adding quite a bit of back story that just deepens the book, and the series, and while the character himself is evil, I quite enjoyed a good deal of his antics!

Rachel was in a hard place after the ending of the last book, and yeah, it took her a while to deal with the repercussions of that, before she dealt with it, and moved towards something like her old self, but more, after having done that!

Yeah, and then that ending, which means I want the next book now? So good, and yeah, just in keeping with this whole book! Yeah, I want more!