Week 49 Reviews: Master of Seduction, A Pirate of Her Own 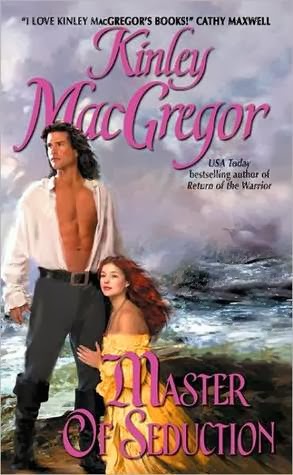 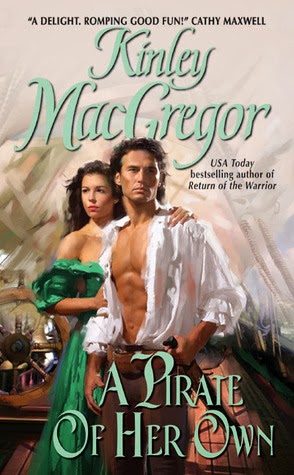 From Goodreads:
The infamous pirate Black Jack Rhys never encountered a ship he could not board or a woman he could not bed. But the dashing brigand may have met his match in the fiery beauty who has vowed to bring him to justice . . .


A fearless, flame-haired enchantress, Lorelei Dupree believes she has a duty to her fiance and to the city of Charleston to help end the reign of the notorious Black Jack. But when the bold pirate eludes her carefully set trap, she suddenly finds herself the prisoner of the irresistible criminal they call "Master of Seduction." Once trapped in Jack's intoxicating gaze, Lorelei feels herself falling under the handsome rogue's sensuous spell. And now the terror of the high seas faces the one peril he never anticipated-for though he has stolen so many hearts, he never dreamed he'd meet a woman who could so effortlessly conquer his own.

From Goodreads:
Few know Morgan Drake's true name---but many fear the Sea Wolf, the scourge of the ocean, a fearless pirate who frees impressed American sailors from British vessels. Now a beautiful reporter is willing to risk her life, her innocence, and her heart to reveal the secrets that Morgan is determined to protect at any cost...

A headstrong and courageous young woman in a man's world, Serenity James knows she is barely tolerated in her father's newspaper office. An exclusive story about the dreaded Sea Wolf, however, will earn her the respect she so fervently desires. But she never expected to be kidnapped by the sexy and dangerous brigand whose bold exploits have fired her imagination---or to discover the adventure she's always longed for in Morgan Drake's passionate caress.

My Review:
I loved rereading these books so much! I mean, they're by Sherrilyn Kenyon, writing as Kinsley MacGregor, which really seems to mean her historical fiction work, this series, and her MacAllister/Brotherhood series! I just had to reread them with all her other books!

Loved how they were connected, that Morgan Drake was part of both, and so was Black Jack Ryes! And yeah, I really hope that we get that 3rd book for Kit! He really deserves a book, set when he's old enough to fit in with these 2, of course! Which is easy enough to do, in books!

These books had romance, mainly, but they also had some mysteries, and yeah, they had awesome characters with some pretty heartbreaking back stories, like how Jack's dad used and lied to his mom, and yeah, that wasn't fun! But Jack had his confrontation, and was a better person because of it!

I really enjoyed Lorelei and Serenity, because I don't think most females of the time were as strong as they were, and yeah, it was just fantastic to watch them take charge, and just be incredible people, to boot, and to fall in love with pirates-and have those pirates fall in love with them! So great!

Really enjoyed both of these, and yeah, really hope that we get Kit's book!

A Pirate of Her Own: