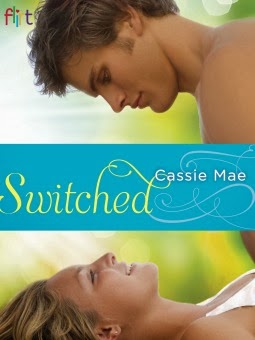 From Goodreads:
Cassie Mae redefines the New Adult genre with a novel that answers the eternal question: What do you do when you’re head over heels for your best friend’s guy?

Ever since high school, Kayla has been crazy for gorgeous football player Talon. But before she could muster the courage to tell him, he became a hot item with her beautiful BFF, Reagan. The only person who knows Kayla’s secret is Wesley, Talon’s best bud—and he’s got it bad for Reagan. Now they’re all in college together, hanging out 24/7. For Kayla, seeing the two lovebirds together is absolutely unbearable. So Kayla and Wesley hatch a plot to drive them apart before Talon has a chance to give Reagan the Christmas gift she’s been waiting for.

Soon enough, the once happy couple is fighting. Reagan suddenly can’t get enough of Wesley’s goofy sense of humor, and Talon seems to be paying more attention to Kayla than a guy who’s “only a friend” ever should. But just when everything seems to be falling into place, Kayla and Wesley accidentally spend a night together and discover a hitch in their plan they never considered: that switching partners may not lead to a perfect ending after all.

My Review:
This was such a great, funny, sweet, and hilarious book! I mean, the situations that they get into! And that twist at the end, that Reagan and Talon saw that Kayla and Wesley would be awesome together, so they hatched a plot just like Kayla and Wesley! So awesome!

I really enjoyed how the romance developed, as they spent time together, trying to break up Reagan and Talon, and then get Reagan with Wesley, and Talon with Kayla, it was just so cute, because near the end, they had built it up that they wanted the one they'd been working for so much, that they didn't really see that they wanted each other!

Loved that one scene, where Talon and Kayla almost kiss, it was so awkward, because he still wants to be with Reagan, and didn't want to take it that far, and she's already started to fall for Wesley, so it was more like she was doing it because she'd told herself that she'd wanted it for so long!

And when the truth came out, that was just great! I hadn't expected that, exactly, but it was what it was working towards, and it was just what was supposed to happen, Kayla and Wesley, were, like, perfect for each other!