Week 52 Review: When We Wake 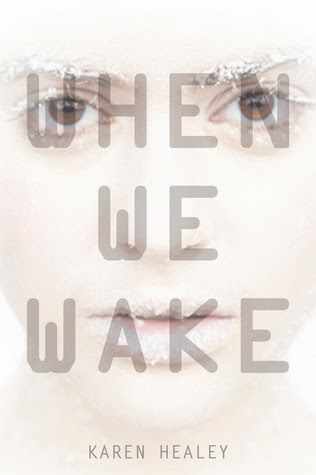 From Goodreads:
Sixteen-year-old Tegan is just like every other girl living in 2027—she's happiest when playing the guitar, she's falling in love for the first time, and she's joining her friends to protest the wrongs of the world: environmental collapse, social discrimination, and political injustice.

But on what should have been the best day of Tegan's life, she dies—and wakes up a hundred years later, locked in a government facility with no idea what happened.

The future isn't all she had hoped it would be, and when appalling secrets come to light, Tegan must make a choice: Does she keep her head down and survive, or fight for a better world?

My Review:
This book was very different from The Shattering. First off, it's more sci fi, then supernatural, what with the dead body being frozen for 100 years and then being brought back to life, and all. And things are science based and such in this book!

While the authors views on the current issues were very strong in this book, that the bad guys had the bad views, and weren't really 3-D characters, the good guys who had the good views were, and yeah, while I agreed with most of the views, if all, it wasn't the best writing choice, having things pushed down my throat.

I really liked how technology had advanced (but only because it need to, to combat rising damaging environmental things) and not because they cared about the world, but if they didn't, then life on Earth pretty much would be wiped out.

The ending was cliff hanger-y, and I really want to know what's going to happen next, because while this was a good book, I hate the not knowing, it's going to gnaw at my brain at all these random times until I read the sequel, so I have to!

This was a good book, and while I didn't like some decisions that were made in this book, it was good!