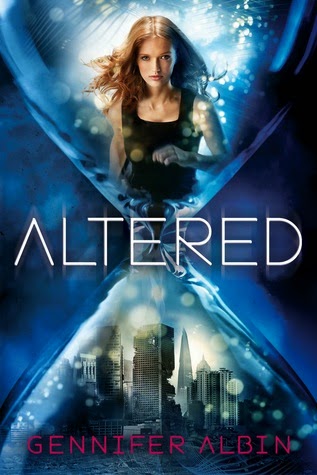 From Goodreads:
Life. Possibility. Choice.
All taken from Adelice by the Guild—until she took them back.

But amid the splendid ruins of Earth, Adelice discovers how dangerous freedom can be. Hunted by soulless Remnants sent by Cormac Patton and the Guild, Adelice finds a world that's far from deserted. Although allies are easy to find on Earth, knowing who to trust isn't. Because everyone has secrets, especially those Adelice loves most. Secrets they would kill to protect. Secrets that will redefine each of them. Torn between two brothers and two worlds, Adelice must choose what to fight for.

In this thrilling sequel to Crewel, Adelice is about to learn how tangled up her past and future really are. Her parents ran to protect her, but nothing can save her from her destiny, and once she uncovers the truth, it will change everything.

My Review:
This was an amazing book! I absolutely loved it, and it was just a great sequel, with the world building beyond what it was, because now that Adelice out of the whole world that she's known her entire life, well, things are different now!

We had hints of Earth in Crewel, not much, but basically that it was destroyed. And while it was heavily damaged by Arras, it is in the process of rebuilding, and in times of turmoil, people turn to those that seem to have the loudest voices. Here, it's Kincade, who is someone to worry about, his actions and his intentions.

I liked the love triangle between Adelice and the brothers in Crewel, and it was a bigger point in this book, seeing as they're all together, now, in a new world, and not her interacting with one brother, and then the other, yeah, their dynamic is shifting, and we learn more about each of the members of the triangle in this book!

I loved the science that we learned that was behind the spinsters powers, Adelice's powers, because it was pretty cool, and ties into a pretty important personal plot point of Adelice that she discovers, because yeah, this book had a lot of discoveries!

This was an amazing book, and I can't wait to read Unravled!