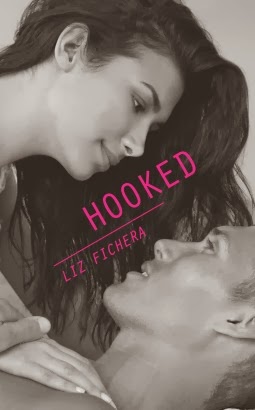 From Goodreads:
When Native American Fredricka ‘Fred’ Oday is invited to become the only girl on the school’s golf team, she can't say no. This is an opportunity to shine, win a scholarship and go to university, something no one in her family has done.

But Fred's presence on the team isn't exactly welcome — especially not to rich golden boy Ryan Berenger, whose best friend was kicked off the team to make a spot for Fred.

GET HOOKED ON A GIRL NAMED FRED.

My Review:
First off, loved Fred's nickname, because it's just awesome, and echoes the struggles that she faces in this book. She's a girl named Fred, loving a sport that's a boys club. And yeah, there's problems, but there's also love, too, and that was great!

So just reading the synopsis, there was an instant thing-there's going to be some sort of romantic relationship between Fred and Ryan. And they're both probably going to fight it, causing a lot of internal conflict. Which is just great for us readers, reading about them agonizing over their feelings!

There was the main focus on Fred and Ryan, but there were other characters in this book, that we got to see, and I hope that we see more of in the sequel, because yeah, while they were in this book, they didn't get much page time, so yeah, future books are their chances to shine!

I liked how things were resolved. From their relationship, to dealing with his ex-friend, dealing with what happened with her dad, that was just awesome, and left in a good place, a place that they both deserved to be-happy, content.

I really enjoyed reading this book, it was nice and fantastic, and I can't wait to read more!