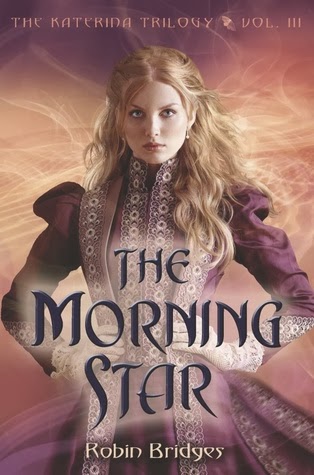 Katerina Alexandrovna, Duchess of Oldenburg, wants to be known as a doctor, not a necromancer. But Tsar Alexander III forbids women to attend medical school; his interest in Katerina extends only to her ability to raise the dead. Twice now, Katerina has helped him by using her power to thwart the forces of darkness—vampires bent on resurrecting the lich tsar Konstantin Pavlovich so that he can take what he sees as his rightful place on the throne. Katerina thought she had bound Konstantin to the Greylands, the realm of the dead, but he has found a way out. Now he is searching for the Morning Star, a sword that will allow him to command a legion of supernatural warriors.

Katerina must find the sword before Konstantin does—and she must travel to Egypt to do so. Along the way, she puts up with unwanted attention from her former fiancé, the nefarious Prince Danilo, and struggles with her feelings for her true love, George Alexandrovich. But with the looming threat from Konstantin, Katerina's focus remains on the sword. Russia's fate will be determined by whoever wields the Morning Star—and delivers the final blow.

My Review:
Oh, this was such a great book! And things were explained, and we were told to say good bye to the characters, and it was sad! But it was so good while it lasted, and now it's time to say good bye-until I reread the series, which I hope is soon!

So we learn what things mean, like what the Unfailing Light is, which we didn't get in it's book, and what the Morning Star is-a sword that is heavenly, that can command fallen angels, which was just introduced in this book, so a trifle confused, but oh, well!

I wish in the ending, that we got so see more of their lives after the ending. That we got the answer to whether or not that prediction that her mom wouldn't get grandchildren would come true, whether George is going to die like his real life counter part did. Stuff like that. But we got so see her getting training on being a doctor, and the trials that she goes through doing that being a woman!

A few things were unresolved, for me, because it ended just after Danilo's sacrifice, so we didn't get to see his family's reaction, which was too bad, because I loved to hate them, in most of the books, though they weren't too bad in this one!

All in all, a wonderful book, and yeah, I'm going to miss these characters!