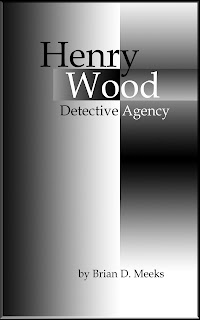 From Goodreads:
Henry Wood is a private detective in 1955. It is January, a new year, and before he can recover from celebrating it's arrival, a woman wonders into his office, she needs to hire him. She isn't the only one. He is in New York, loves the Brooklyn Dodgers, enjoys woodworking, and will soon find that he has gotten in over his head with his new case.

My Review:
I really don't have much to say about this book. I enjoyed it, it was good, and yeah, other then that, it was pretty bland. I mean, there was a good mystery and all, seeing as that was the genre, but yeah, that's about it!

I mean, it just didn't evoke any strong emotions in me, it was just there, it wasn't combative or submissive, or whatever's the opposite of combative, and yeah, I kinda think that's the worse that a book can do, that you don't love it or hate it, it's just meh.

Though the ending was pretty good, and I liked that, and knowing that this is the first in the series, that's a slight hope for this, that there's more coming that can be better, and lift this one up, so yeah, there's that!

Yeah, not the best book for me, but I read it, and I liked it! I just didn't like it too, too much. 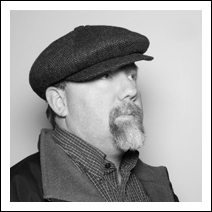 Bio:
Brian D. Meeks is the author of the Henry Wood Detective series and a book about the 1986-87 Iowa Hawkeye Men’s basketball team.  He discovered his love of writing, quite by accident, when he was bored and wrote a blog piece.  It was about his woodworking foibles and a number of people said they really enjoyed it.  None of those people were his mother, so he decided to write a second piece.  He has written every day since Jan 2, 2010.  His blog, which is where he writes the  Henry Wood series, as a serial, is Extremely Average.  He can be reached at Brian@ExtremelyAverage.com
or @ExtremelyAvg on Twitter.  There is also a Henry Wood page on FB.