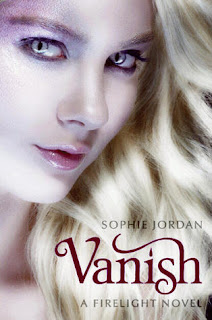 To save the life of the boy she loves, Jacinda did the unthinkable: She betrayed the most closely-guarded secret of her kind. Now she must return to the protection of her pride knowing she might never see Will again—and worse, that because his mind has been shaded, Will’s memories of that fateful night and why she had to flee are gone.

Back home, Jacinda is greeted with hostility and must work to prove her loyalty for both her sake and her family's. Among the few who will even talk to her are Cassian, the pride’s heir apparent who has always wanted her, and her sister, Tamra, who has been forever changed by a twist of fate. Jacinda knows that she should forget Will and move on—that if he managed to remember and keep his promise to find her, it would only endanger them both. Yet she clings to the hope that someday they will be together again. When the chance arrives to follow her heart, will she risk everything for love?

My Review:
I really enjoyed this book! It had been a while since I read Firelight, but I still remember Firelight, so yeah, it was really great to read this book, being in this world again, and yeah, things are different, and that's what happens when there's a series!

This book, her sister, Tamra, is now important to the group, and yeah, that changes the balances, and makes things a bit harder between the sisters, and their mom, because they're growing up, and yeah, some people just don't deal with change that well!

Well, now I really want to read book 3, Hidden! This book was more emotional, reflective, then Firelight, because there wasn't much action as in fights and such, but that doesn't mean it isn't as good as Firelight, just that I liked Firelight better.

Really enjoyed this book, and yeah, I really can't wait for the 3rd and final book, because I know it's going to be epic, especially after where this one ended!